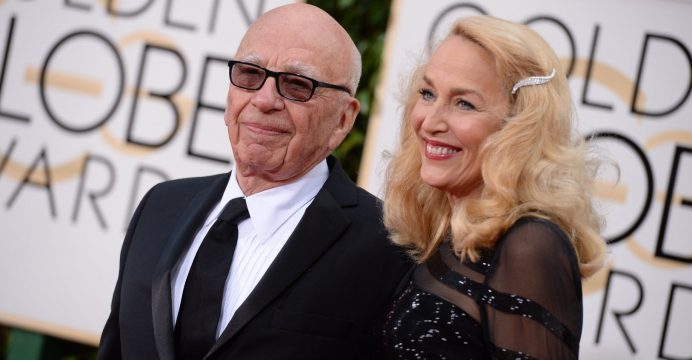 Known as the “Street of Shame”, Fleet Street once housed thousands of reporters, editors and printers working for the country’s biggest national papers as well as international and provincial publications.

While the British press is still collectively known as “Fleet Street”, from Friday there will no longer be any working journalists there after the Scottish-based Sunday Post newspaper closed its London operation, reports Reuters.

“It’s a far sadder day for journalism than it is for me personally,” said Darryl Smith, 43, one of the street’s last two “hacks”. “Journalism is no more in Fleet Street.”

The thoroughfare became synonymous with publishing from 1500 when Wynkyn de Worde established a printing press. The first daily newspaper, the Daily Courant, launched in 1702.

In the shadow of St Paul’s Cathedral, the street was ideally located for journalists, being in walking distance of the city’s financial district, the Royal Courts of Justice and politicians in Westminster.

“Anyone interested in journalism and mass newspapers realizes that Fleet Street is the heart of it all,” said Murdoch when he bought the News of the World tabloid in 1969.

However, he was at the heart of its decline when in 1986 he moved his newspaper stable, which by then also included the Times and Sunday Times broadsheets and the Sun tabloid, to a new purpose-built operation in east London, where new technology replaced the hot metal printing presses.

Within three years, all other national newspapers had followed anxious to cut costs in an industry now decimated by the growth of the internet. Journalists have long departed the old Reuters headquarters at number 85, now the site of a smart restaurant.

Nowadays the street that once echoed to the sounds of clattering typewriters is the haunt of bankers and accountants; the Art Deco building that once housed the Daily Express is now home to Goldman Sachs.

He began working on Fleet Street at 18, lured by its famous past, and once berated a tour guide on a sightseeing bus who had informed passengers it was no longer the home of British journalism.

“I leaned out the window and shouted ‘we are still here’,” he said.

His fellow departing Sunday Post colleague Gavin Sheriff, 54, began working at the paper in Fleet Street 32 years ago when it was still in its heyday, rising from editorial assistant to become London chief reporter.

“It lived up to all stereotypes. I remember walking down being amazed at huge lorries with big rolls of newsprint trying to struggle to places like the Sun to get the papers printed,” he recalled.

“When you came into the office you felt like you were walking into somewhere a bit special. It was a smoke-filled room, you couldn’t see from one side to another, full of people bashing away on old-fashioned typewriters, struggling to get through on bad phone lines.”

While occupants of the street’s offices had a formidable reputation for asking serious and scurrilous questions of those in authority, they were equally renowned for a culture of heavy drinking in the local pubs.

Each publication had its favorite watering hole, with Daily Telegraph staff frequenting the King and Keys and The Daily Mirror journalists downing pints in the White Hart, which became known as the “Stab In the Back”.

Other famous drinking dens included the dark and cavernous Ye Olde Cheshire Cheese and El Vino, which insisted on men wearing ties and only started serving women in the 1980s.

“There was one guy in here who would go off to the pub and come back in the afternoon and I used to wonder how he did it,” Sheriff said. “That culture is long gone. It’s a slightly more sanitized environment than it once was.”

Nowadays, there is little to indicate the street’s notorious past. Its historic church, St Bride’s, remains the spiritual home of British journalism and was the venue where Murdoch celebrated his marriage in February to model Jerry Hall with a blessing service.

The building in which Sheriff and Smith worked is another rare throwback, emblazoned in giant type with the names of newspaper titles: Sunday Post, Dundee Courier and People’s Journal.

“We have been very aware we were the last two journalists here,” Smith said. “I think it’s a sad piece of history. I love my profession, I love the history of Fleet Street and I love that I was working here.”

Sheriff was more sanguine: “Journalism, like any business has to evolve. It just so happens we’re at the end of one paragraph, while there’s paragraphs and chapters to be written.”