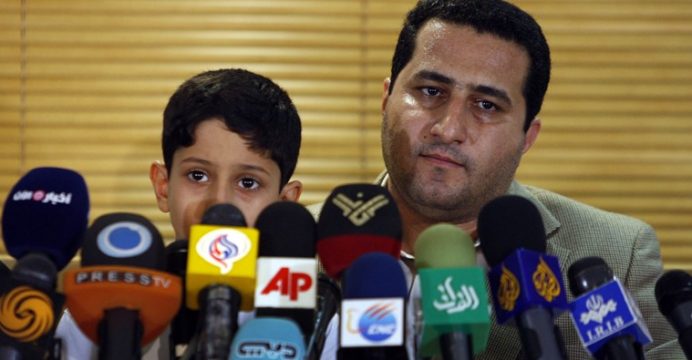 Iran executes nuclear scientist Shahram Amiri for spying for US

Iran has executed an Iranian nuclear scientist detained in 2010 when he returned home from the United States after a court convicted him of spying for Washington, a spokesman for the judiciary said on Sunday, reports Reuters.

Mohseni Ejei said a court had sentenced Amiri to death and the sentence had been upheld by Iran’s Supreme court, IRNA said.

Amiri, a university researcher working for Iran’s Atomic Energy Organization, disappeared during a pilgrimage to Saudi Arabia in 2009, and later surfaced in the United States. But he returned to Iran in 2010 and received a hero’s welcome before being arrested. 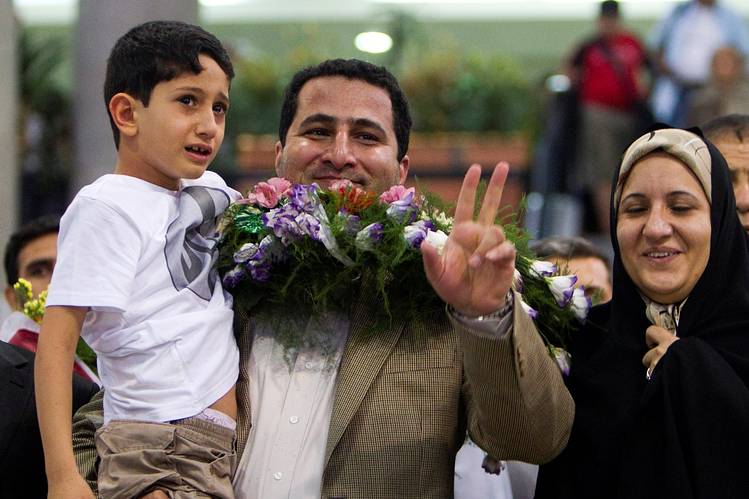 Iranian scientist Shahram Amiri flashes the victory sign as he arrives at the Imam Khomeini Airport in Tehran on July 15, 2010 * PHOTO – REUTERS

A U.S. official said in 2010 that Washington had received “useful information” from Amiri. Iran had accused the CIA of kidnapping Amiri. U.S. officials said Amiri had been free to come and go as he pleased, and that he may have returned because of pressures on his family in Iran.

Amiri had denied this, saying “my family had no problems”. In a video aired on Iranian state TV in 2010, Amiri said he had fled from U.S. agents.

Iran, the United States, and five other world powers reached a landmark deal last year, under which Iran agreed to limit its nuclear program in such a way as to ensure it cannot develop nuclear weapons in exchange for a lifting of economic sanctions.

According to CNN, Amiri vanished in 2009 during a religious pilgrimage to Saudi Arabia. Tehran accused Washington of abducting him — an accusation the U.S. denied.

A year later, videos surfaced online showing a man claiming to be the scientist. In them, he denied being a defector and claimed to have been hiding out from CIA operatives in the U.S. state of Virginia. In a subsequent video, however, he said he was living freely in Arizona.

Two weeks later, on July 14, 2010, CNN reported that Amiri had returned to Tehran after going to Iran’s interest section at the embassy of Pakistan in Washington.  He repeated his claim that he was kidnapped by American intelligence operatives.

In an interview with Iranian state-run Press TV, Amiri said he faced “psychological warfare and pressure that are much worse than being in prison.”

But U.S. officials at the time said Amiri had defected voluntarily and provided “useful information to the United States,” a claim supported by emails sent to Hilary Clinton — then Secretary of State — and released by the U.S. State Department last year.

In July last year, Iran agreed to rein in its nuclear program following a landmark agreement — called the Joint Comprehensive Plan of Action — with the P5+1 group of world powers, including the United States, UK, France, China and Russia plus Germany.

Under the terms of the deal, Iran would reduce its uranium stockpile by roughly 98%, phase out its centrifuges over the next 15 years, limit research activities, allow heightened inspections and ship spent fuel outside of the country.

And in return, many of the crippling international sanction against the country would be lifted. Critics warned the terms of the agreement negotiated with Iran — essentially designed to thwart the development of nuclear weapons — are time-restricted, meaning the international community, to a certain extent, is kicking the can down the road, hoping that Iran will not want to risk being frozen out economically once again.