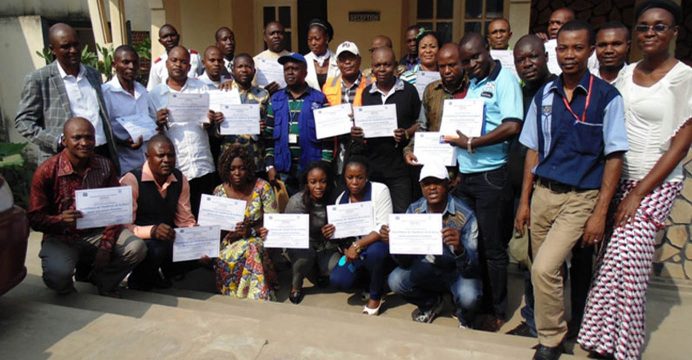 The Government of Japan has made a USD 500,000 emergency grant to boost IOM’s efforts to contain a yellow fever outbreak which has killed some 95 people in the Democratic Republic of the Congo (DRC).

The outbreak, which was first detected in Luanda, Angola, in late December 2015, has since spread to the DRC, with cases now reported in five of the country’s 26 provinces.

“The vast majority of confirmed cases were imported from Angola and there are fears that the outbreak might extend to other border provinces such as Kasai, Kasai Central and Luabala,” said IOM DRC Chief of Mission Jean-Philippe Chauzy. “It is therefore crucial to increase health checks and surveillance at the borders.”

Working with the DRC’s National Programme of Hygiene at Borders (PNHF), IOM will assess the capacity of state actors to screen travellers at key points of entry. Training for border health officials will also be provided, together with equipment including personal protective kits and yellow fever serum.

A Japan Disaster Relief infectious diseases response team is already on the ground to help combat the outbreak.

IOM’s response in the DRC builds on its experience and expertise in addressing public health emergencies from the angle of migration and human mobility. Its activities will contribute to the WHO’s Yellow Fever Strategic Response Plan.

The Japanese funding will allow IOM to extend this training to health personnel working in higher risk areas on both sides of the border to help tackle the epidemic in the DRC and Angola.