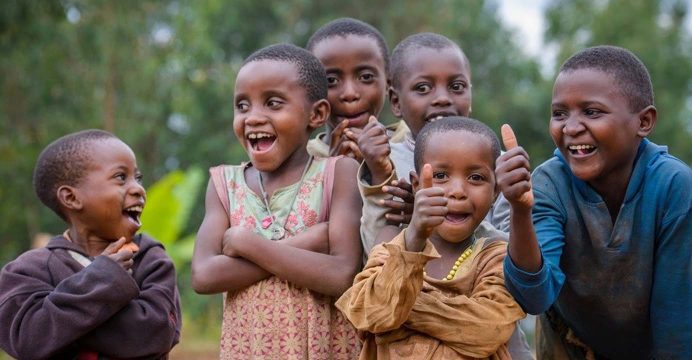 On August 4, leaders around the globe came to the Olympic host city of Rio de Janeiro to “go for the gold” and bring an end to malnutrition by 2030.

Hosted by the governments of Brazil, United Kingdom, and Japan, the Nutrition For Growth event called for world leaders to increase financial investments in nutrition and scale up successful strategies. Participants and speakers called for a high-level, head-of-state pledging moment for nutrition in 2017.

The threat of malnutrition – including undernutrition, stunting, overweight and obesity – has never been more urgent. One in three people worldwide suffers from some form of malnutrition. Nearly half of children who die before the age of five do so because they are malnourished. Of those that survive, nearly one in four – around 160 million children globally – suffer from lifelong effects of stunted growth and impaired development. And nearly 41 million children worldwide are overweight or obese.

Putting an end to malnutrition could cost much less. According to the World Bank, an additional nutrition investment of $2.2 billion per year over the next 10 years could save 2.2 million lives and reduce the number of stunted children by 50 million.

The Rio event comes nearly four years after the United Kingdom’s Hunger Summit, held around its 2012 Olympic Games, which led to the creation of the Global Nutrition for Growth Compact and commitments of nearly $23 billion to combat undernutrition and improve millions of lives.

BRAZIL: A CRUCIBLE FOR CHANGE

When it came to hosting Nutrition For Growth, Brazil was a natural choice. “Brazil is the most appropriate venue for addressing the challenge of malnutrition,” said Dr. Margaret Chan, Director General of the World Health Organization, during the event’s opening plenary. “This country has been the leader in reducing undernutrition.”

In recent years, Brazil has spent an average of $22 billion per year on food and nutrition policies, including innovative programs such as human breast milk banks, locally-sourced school lunches and cash transfer programs. As a result, Brazil has seen tremendous progress in combating undernutrition, reducing child stunting by over 80% in a generation and increasing exclusive breastfeeding rates from 2% to 39%.

Brazil has also used this experience to play host to more than just the Olympic Games: Over the past year, delegations from a number of African countries – including Kenya, Ethiopia, Ghana and Liberia – have visited the country to study its nutrition policies, which span multiple sectors of government. After a recent visit, for example, Kenyan officials decided to broaden their nutrition policy – which was focused on food production and designed by the Ministry of Agriculture – and adopt a similar approach.

“Brazil’s achievement is an inspiration to low- and middle-income countries throughout the world,” said Shawn Baker, Director of Nutrition for the Bill & Melinda Gates Foundation. “Because of Brazil, we know this is not an intractable issue. Progress is possible.”

As the global community prepares to make new pledges on nutrition in 2017, a number of new – and familiar – champions have emerged to lend their voices to the cause.

“When I was a child living in a slum in Rio, there was no food when I opened the fridge,” said Brazilian sprinter and four-time Olympian, Robson Caetano. “Sports gave me an opportunity to overcome this and succeed. We should give this same opportunity to all children, to ensure that they reach their full development in life – and this relates to nutrition.”

Olympian distance runner and human rights activist, Tegla Loroupe, also drew on her experience growing up hungry in Kenya: “As an athlete who did not have good nutrition, I had a challenge. Sports helped me to overcome it.”

In a video message to participants, celebrity chef Jamie Oliver – a longtime advocate for healthy diets – spoke about his Food Revolution and called on the world “to put an end to obesity and undernourishment.”

The Nutrition For Growth event in Rio was the first of many in this upcoming year of action on nutrition. September will bring the United Nations General Assembly, where the Decade of Action on Nutrition will officially launch. At the World Bank’s Annual Meetings in October, President Jim Kim will host a summit on investing in early childhood development. These efforts are likely to culminate in a high-level pledging moment in 2017 — where the global community will look to announce new and renewed commitments to nutrition that will pave the way for a brighter and healthier future for all.

“Nutrition for Growth is not only a meeting – it’s an ongoing initiative,” said Daniel Balaban, Head of the World Food Programme Centre of Excellence in Brazil. “It’s important that next year [2017] we have a head-of-state pledging moment to discuss policies to tackle malnutrition. We will work with other organizations to ensure political commitment during this process.”