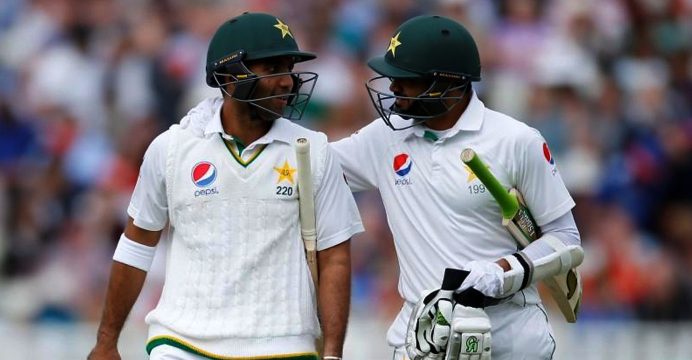 Azhar and Aslam put Pakistan in control against England

Azhar Ali’s patient century lifted Pakistan to 257 for three and a dominant position on the second day of the third test against England at Edgbaston on Thursday, reports Reuters.

Replying to the home team’s 297 all out, Azhar shared a second-wicket partnership of 181 with Sami Aslam on the way to an excellent knock of 139 as England endured a frustrating day in the field.

Aslam was run out for 82 after being called for a quick single by Azhar who was dropped twice before completing his 10th test century.

“It was a hard-working day,” said Azhar. “You come to England wanting to perform in English conditions so there’s always something to prove here. 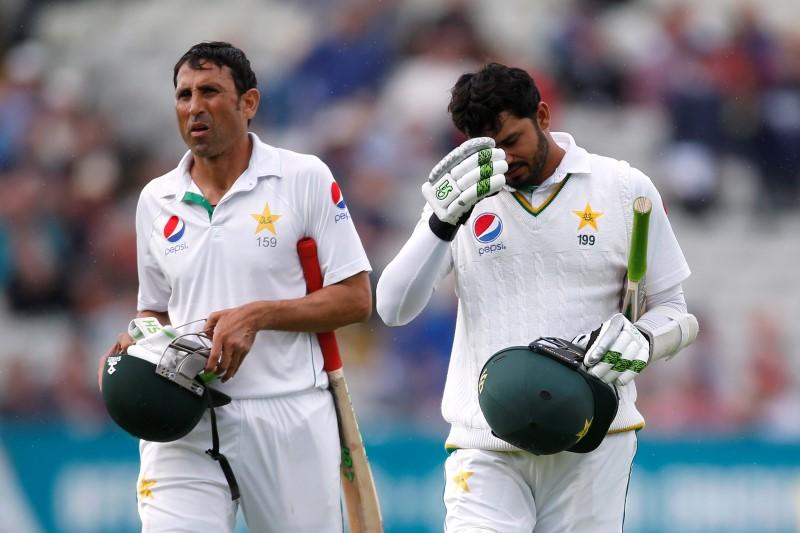 “I’m really pleased with the hundred I got. England bowlers don’t give you easy runs.”

The hosts made an early breakthrough with the fourth ball of the day when Mohammad Hafeez cut James Anderson straight to Gary Ballance at point and was out for a duck.

Azhar, also dropped by Moeen Ali off his own bowling, drove Steven Finn off the back foot for three to bring up his 21st test half century and Aslam, 20, swept spinner Moeen for four to reach his maiden test fifty in his third match.

Azhar got to three figures by gloving a Stuart Broad bouncer to the fine leg boundary, celebrating the milestone with 10 press-ups.

He continued to punish the England attack, hitting a total of 15 fours and one six, before edging the last ball of the day from Chris Woakes to Alastair Cook at first slip.

Younus Khan was unbeaten on 21 at the close.

Paceman Anderson said he had apologised to the umpires after showing dissent when he was warned for running down the wicket.

“I’ve always had a bit of an issue running down the wicket … and I probably got a bit out of order with the umpires there,” he said.

“I would rather have that competitiveness but I also want to play in the spirit of the game.”

The four-match series is level at 1-1.