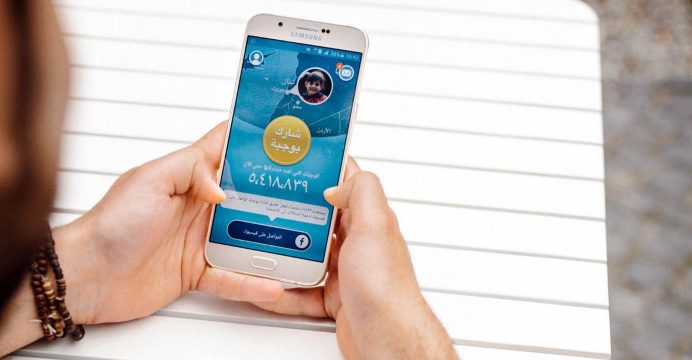 Starting today, the World Food Programme’s ShareTheMeal app will fundraise to support emergency food relief in Malawi, following one of the strongest El Niño weather events on record. The goal is to provide school meals for an entire year to 58,000 school children in Zomba, a district in southern Malawi severely affected by drought and experiencing high levels of food insecurity.

The children, aged 6-13 years, will receive a specially fortified porridge, through WFP’s school meals programme that supports the Government of Malawi’s National Social Protection Programme. A daily hot meal at school has been shown to boost attendance and improve children’s ability to learn. Zomba district suffers from low enrolment, high dropout and repetition rates, and wide gender disparities in schools, all of which are likely to be aggravated during this time of crisis.

During a recent visit to a school in Zomba district that will benefit from ShareTheMeal, two thirds of children in the playground said they had had no food to eat that morning before leaving home.

ShareTheMeal joins what is set to become WFP’s largest emergency response in the country’s history, as Malawi’s already strained food security has worsened following this year’s El Niño-related drought which caused widespread crop failure. Across southern Africa, it is estimated 18 million people will require emergency assistance 一 of these, WFP is planning to reach at least 11.9 million people with food assistance by early next year.

Through the free ShareTheMeal app, smartphone users can donate as little as US $0.50 to provide food to a vulnerable child for a day. Estimations in Malawi show that for every US $1 spent on school meals, at least US $6 are returned in better health and productivity when these children become adults.

“Malawi is in an extremely vulnerable situation, with estimates showing that more than one in three people will be food insecure over the next nine months,” says Coco Ushiyama, WFP Country Director in Malawi. “People around the world who have enough to eat can easily imagine the terrible impact that hunger has on children in such a situation. I really encourage everyone to use the ShareTheMeal app and help now.”

More than one third of children aged under five in Malawi are stunted (have low growth for their age) as a result of malnutrition. A Cost of Hunger in Africa study conducted in Malawi shows that child undernutrition costs Malawi more than 10% of Gross Domestic Product per annum.

Malawi also has high rates of HIV/AIDS infections and related deaths which have left many orphans and child-headed households. A quarter of Malawians live in poverty and the number of households experiencing food shocks increased from 20% to 83% from 2012 to 2014, according to latest national statistics. With the majority of livelihoods dependent on agriculture, the population is highly vulnerable to the effects of natural disasters and food insecurity.