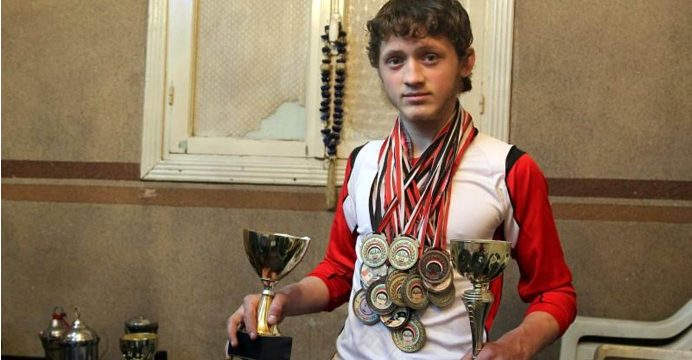 The last national champion before the fighting began, he knew that supporting the anti-government side in the five-year-old civil war would prevent him from being selected for the Rio Games.

“I chose to be an athlete who participates in the revolution,” said Ahmad, who trains where he can for two hours a day — be it on a mattress on a soccer field, in a local hall or somersaulting off a wall.

“I know that might cost me my future athletic career, I understand that very well.” 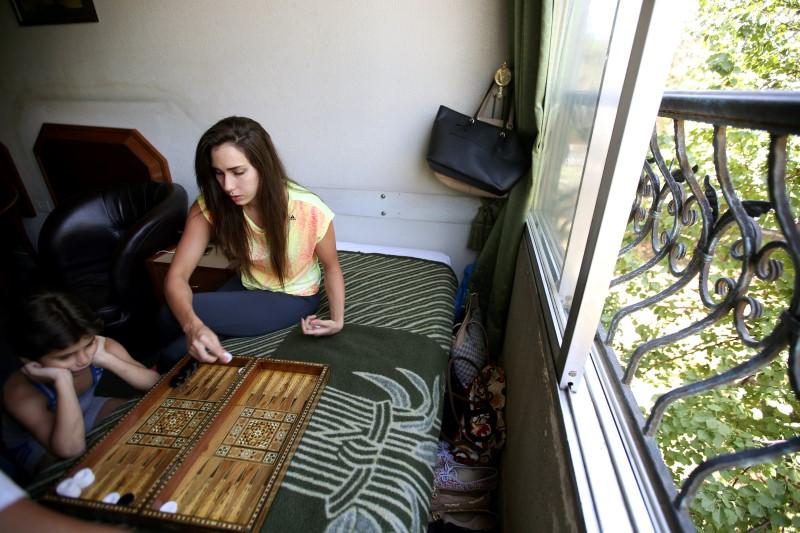 That the committee is run out of Damascus by the government of President Bashar al-Assad has effectively ruled out anyone who lives in rebel-held areas, including the Bustan al-Qasr district of Aleppo where 19-year-old Ahmad makes a living selling and repairing electronic equipment in his father’s shop.

Syria’s most populous city before the war, Aleppo has been divided between government-controlled and rebel-held zones throughout the conflict, which has killed well over 250,000 people.

For Ahmad – who also fought with a rebel group for three months – being a champion athlete is part of a family tradition. His father Hisham, a Graeco-Roman wrestler, won medals in national competitions between 1983 and 2011.

But Hisham’s career also fell victim to politics, as Syrian authorities banned him from competing in international tournaments for alleged membership of the Islamist Muslim Brotherhood, an accusation he denies.

Ahmad, who began gymnastics aged six, traveled to Russia for the 2012 Children of Asia games, and won the national championship in 2011, for which he received $40 from the government as a participant.

But he admits missing Rio will be a big disappointment – “I’ve been training regularly and preparing myself” – though he is doing his best to ensure his talents still leave a legacy by giving free two-hour gymnastics lessons to Aleppo children every other day.