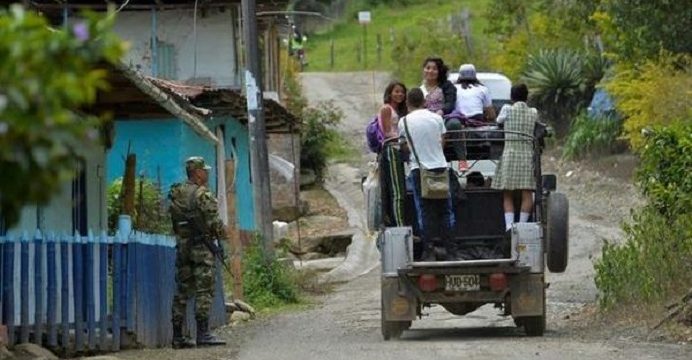 Victims of Colombia conflict ready to reconcile with combatants

Ferney Santa knows how hard it is to start over. He was forced to flee his home twice by fighters in Colombia’s long civil war.

That’s why he is now ready to reconcile with combatants in the conflict that turned his life upside down, as they demobilize in a historic ceasefire. The farmer, now 51, and his family were driven from their home in Trujillo, in the Cauca Valley in western Colombia, reports BSS.

In 1998 it was fighters of the leftist National Liberation Army (ELN) that chased them out. In 2005 it was a right-wing militia.

“We had to struggle to survive,” he said. 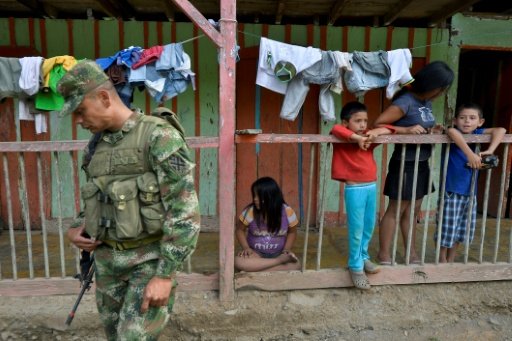 Many victims of Columbia’s half-century conflict will have to learn to live alongside former fighters if the demobilization of the Revolutionary Armed Forces of Colombia (FARC) goes ahead * PHOTO : AFP

But he wants to help former fighters return to normal life as he did. At last, he has an opportunity to do so. The Colombian government has signed a landmark disarmament deal with the biggest rebel group, the Revolutionary Armed Forces of Colombia (FARC). It hopes to do the same with the ELN.

The sides hope June’s ceasefire and disarmament deal soon will be followed by a full peace accord. If a final agreement is reached, the FARC’s demobilization will go ahead.

“People need to get out of the armed groups in order to work and earn a living. Life as a fighter cannot be very good,” Ferney Santa said.

He is one of the many victims of the country’s half-century conflict who will have to learn to live alongside former fighters.

“Soon, when they sign the peace agreement, we will not have to worry about those groups anymore,” he said.

“As long as they are willing to work, we can work with them.”

One of his neighbors, coffee grower Alba Santa — no relation to Ferney — fled with her family in 1990 after receiving threats from right-wing paramilitaries.

“They accused us of helping the guerrillas.”

She ignored the threats, she said, until “people started to disappear” in the area. They went to live with one of her cousins in another town.

“I hope that what we lived through at that time never happens again. But those people deserve a second chance,” Alba, 62, said of the armed groups.

“We were very afraid and everything, but we do not seek revenge on those people.”

Colombian authorities estimate that nearly seven million people have been displaced during the conflict, which started as a peasant uprising in 1964. The United Nations says that is the highest number of internally displaced people in any country in the world.

If thousands of former FARC fighters demobilize over the coming months as hoped after a peace deal is signed, Colombia will have to start to heal painful divisions. As well as preparing to reintegrate the fighters, the state is working to return displaced people’s land to them.

“You can have the biggest military force in the world, but if you don’t manage to generate income for these families, their children will very easily get involved in illegal activity,” said Ricardo Sabogal, director of the state Land Restitution Unit (URT).

“To make sure this conflict never happens again, you have to generate sustainable income, housing, and qualifications,” he told reporters.

The region was ravaged by fighting from the late 1980s to 2013. It was a strategic route for drug trafficking which fueled the conflict. Some 328,000 people were displaced in the region, authorities say.

Now the area around Trujillo is “free of armed groups,” Lieutenant Colonel William Fernando Caicedo, commander of an army battalion patrolling the zone, told reporters. With the help of the URT, Alba Santa has expanded her farming activity to include livestock and fish.

“Everything is much better here. You no longer see the armed groups,” she says.