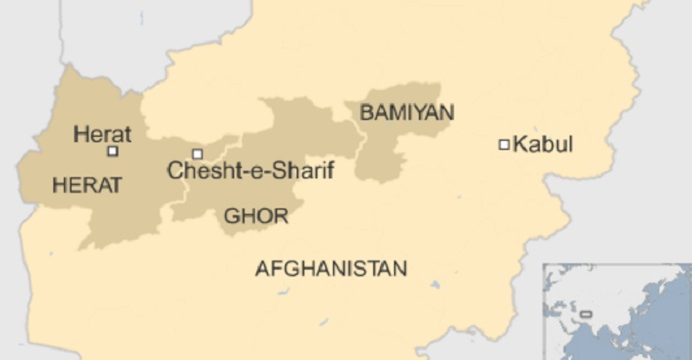 Taliban militants attacked a group of foreign tourists in Afghanistan

The tourists — eight British, three Americans and one German national — were ambushed by Taliban gunmen in the restive district of Chesht-e-Sharif, while en route from the neighbouring provinces of Bamiyan and Ghor.

It is unclear why they were travelling overland at a time when Western embassies typically warn their citizens against all travel in Afghanistan, citing threats of kidnapping and attacks. 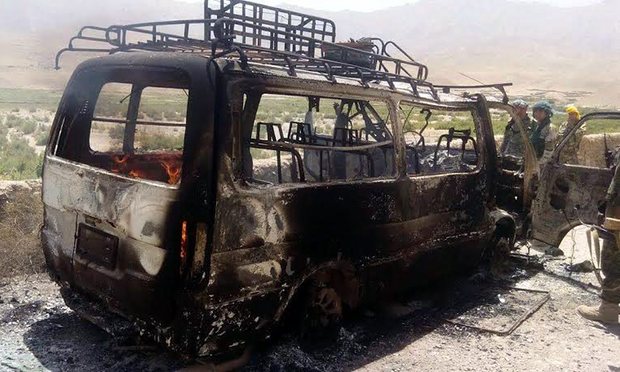 Afghan security officials inspect a van that was believed to have been transporting foreign tourists when it was attacked by militants in Herat province * PHOTO : EPA

“The foreign tourists — three Americans, six Britons, two Scots and one German — were travelling with an Afghan army convoy when they were ambushed in Chesht-e-Sharif,” said Jilani Farhad, the spokesman for Herat’s governor.

He said the insurgents had been repelled and the foreigners were being escorted to Herat city, adding that at least six foreigners and their Afghan driver were left wounded. The attack comes as Taliban militants intensify their annual summer offensive after a brief lull during the holy fasting month of Ramadan, which ended in early July.

Highways in Afghanistan passing through insurgency-prone areas have become exceedingly dangerous, with the Taliban and other armed groups frequently kidnapping or killing travellers.

The latest attack follows a Taliban truck bombing on Monday at a hotel for foreigners in Kabul, which triggered a seven-hour gun and grenade assault that highlighted growing insecurity in the city.

The guests and staff of the Northgate hotel escaped unharmed, but one policeman was killed after the suicide truck bomber paved the way for two other armed insurgents to enter the heavily guarded facility near Kabul airport.

The attack was a grim reminder of growing insecurity in Afghanistan since most foreign troops withdrew in 2014. The rising violence has resulted in large civilian casualties.

Foreigners are also increasingly being targeted as the conflict escalates. The United States has warned its citizens in Afghanistan of a “very high” kidnapping risk after an American citizen narrowly escaped abduction in the heart of Kabul.

American journalist David Gilkey and his Afghan translator were killed in June while travelling with an Afghan army unit that came under fire in southern Helmand province. Aid workers, in particular, have increasingly been casualties of a surge in militant violence in recent years.

Judith D’Souza, a 40-year-old Indian charity worker, was rescued in late July, more than a month after she was taken at gunpoint near her residence in the heart of Kabul.

D’Souza’s abduction came after Katherine Jane Wilson, a well-known Australian NGO worker, was kidnapped on April 28 in the city of Jalalabad, close to the border with Pakistan.

In 2007, the Taliban seized 23 South Korean aid workers from a church group travelling through southern Afghanistan. The militants killed two men before releasing the rest, reportedly in return for ransom payments.