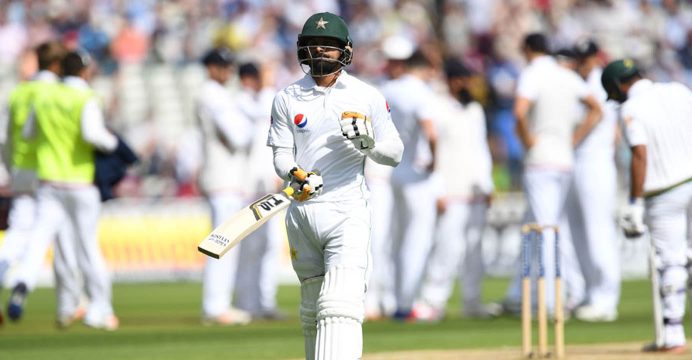 Pakistan recovered from the early loss of Mohammad Hafeez to move carefully on to 72 for one at lunch on the second day of the third test against England in Birmingham on Thursday.

Replying to the hosts’ 297, Hafeez cut the fourth ball of the innings bowled by James Anderson to Gary Ballance at point to give England the perfect start.

But Sami Aslam and Azhar Ali showed great restraint against the England seamers, leaving the ball well and reining in their attacking instincts to build a solid platform for their side.

Aslam was unbeaten on 27 at the interval with Azhar on 38.

The four-match series is level at 1-1.