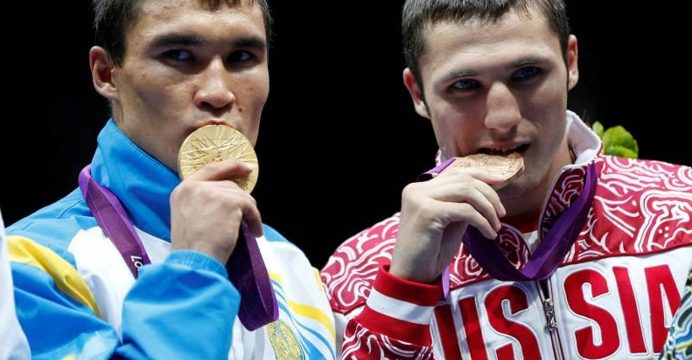 IOC clears all 11 Russian boxers to compete in Rio

All 11 Russian boxers who qualified for the Rio de Janeiro Olympics have been given the all clear to compete at the Games following confirmation from the IOC, the International Boxing Association (AIBA) said on Thursday, reports Reuters.

AIBA said it had been notified of the decision by the International Olympic Committee’s three-member panel, responsible for reviewing the eligibility of all Russian athletes who are approved to compete by their international federations.

These are the first athletes to be cleared by the panel.

Russia, who avoided a complete ban from the Olympics following revelations of state-backed doping, hopes to have anywhere between 272 and 280 athletes declared eligible for Rio after the IOC review.

“AIBA has carried out an individual analysis of the anti-doping record of each of the 11 Russian boxers qualified for the Rio 2016 Olympic Games…” AIBA said in a statement.

“That process is now complete and confirmation has been received from the IOC (International Olympic Committee) Review Panel that the following 11 Russian boxers are eligible to compete at Rio 2016.”

The IOC opted not to ban all Russian athletes from the Rio Olympics after revelations of a wide state-backed doping programme across many sports.

Instead the Games’ ruling body directed sports federations to allow Russian athletes to compete if they met a set of criteria, including a clean doping past and sufficient testing at international events.

The IOC announced on Saturday that its panel, consisting of Ugur Erdener, the IOC’s medical commission chairman, Germany’s Claudia Bokel and fellow IOC member Juan Antonio Samaranch Jr., would review the decisions by the individual sports federations over the eligibility of Russian athletes.