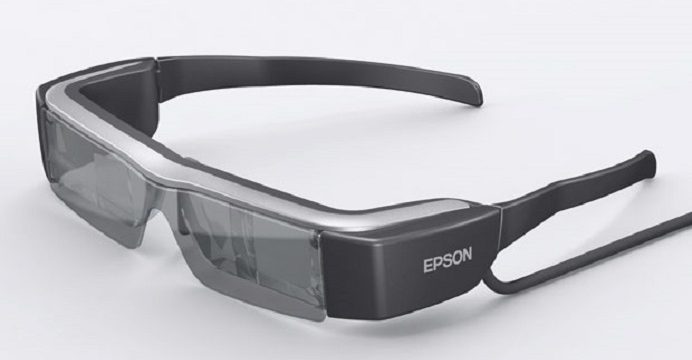 Takashima Elementary School in Nagano, Japan, has introduced a unique extracurricular activity in which each class decides what to study every year. The project chosen by the sixth grade this year was entitled “Let’s make healthy forests!” and used Epson’s Moverio smart glasses as a communication tool.

Epson engineers began their engagement with the children a year ago with the aim of making learning fun. Using the help of the same engineers, the children, who had been studying forests, wanted to communicate using leading-edge information products to ensure that people could understand the importance of forests.

On July 7, the children were divided into nine groups. Based on themes decided through discussions with the engineers, they uploaded to the Moverio photos and videos that they had taken themselves of the forest alongside materials they prepared on a PC.

Using an application on a tablet device, the same images were displayed on multiple Moverio units. With this feature, each group could share their thoughts about the forest among the entire group.

The presenting group had devised a quiz, and the children wearing Moverio all cheered when the slide appeared before their eyes, as if it were floating on a big screen in front of them.

By participating in the activity, the children clearly identified who they wanted to communicate to, with comments like, “I want my grandparents to enjoy these images of the forest since they can’t go themselves.” They plan to make some changes to the content, and improve the quality of their presentation using the ‘magic glasses.’

The Moverio BT-200 is intended for ages from junior high school and older, but for these extracurricular lessons, our engineers were present to ensure safety, and time limits were set for use of the glasses.