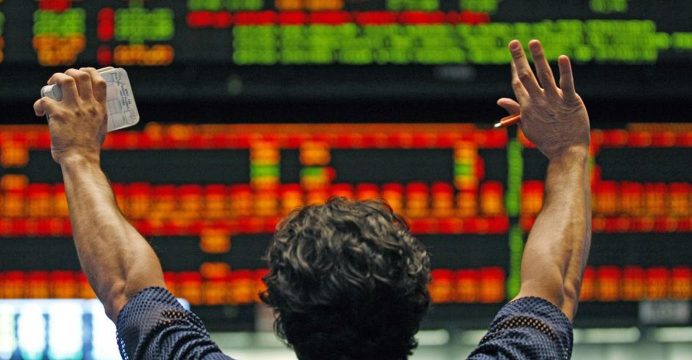 Experience in trading changes how the human brain evaluates the sale of goods, muting a well-established economic bias known as the endowment effect, according to researchers at the University of Chicago.

The findings, to be published this week in the Proceedings of the National Academy of Sciences, come from a set of experiments on why traders are less susceptible to the effect—a phenomenon in which people demand a higher price to sell a good than they’re willing to pay for it. Such behavior contradicts standard economic theory, distorting prices and reducing market activity.

Researchers found that while selling, experienced traders had reduced activity in an area of the brain often associated with pain and negative emotions. A separate experiment showed a similar reduction in brain activity after people previously inexperienced in trading were given incentives to trade objects on eBay for two months. The results suggest such experience reduces the emotional pain tied to selling objects, mitigating the role the endowment effect plays in economic decision-making.

“We were excited to see that our brief intervention can reduce the endowment effect, both in terms of the behavioral response and the brain mechanisms involved. The brain activation patterns of the subjects who were incentivized to trade on eBay began to look very similar to that of experienced traders,” said Ali Hortaçsu, the Ralph and Mary Otis Isham Professor in Economics.

Past research has shown the endowment effect is limited among experienced traders, but little is known about why that happens. The UChicago study used magnetic resonance imaging to create pictures of the brain. The images demonstrated that specific economic experiences can modify how the brain responds, changing the process people use to make future decisions.

“One unique aspect of this study is that we see similar effects in people who have spent a long time trading, even as a profession, and those who have just been encouraged to make 20 trades on eBay. It does not take a lot of experience to derive some benefits of expertise and see corresponding changes in neural activity,” said Nusbaum, who serves as director of UChicago’s Center for Practical Wisdom.

The endowment effect was labeled nearly four decades ago by Richard Thaler, the Charles R. Walgreen Distinguished Service Professor of Behavioral Science and Economics at the University of Chicago Booth School of Business.

For the newly published study, Hortaçsu, Nusbaum and their co-authors conducted brain scans on professional and inexperienced traders as they went through an exercise in which they indicated what they were willing to pay for a good, and what they were willing to accept to sell a good. The brain imaging showed experienced traders had lower activity in the right anterior insula—an area of the brain implicated in anticipating and avoiding losses—compared to participants without trading experience.

The second experiment was conducted with participants inexperienced in trading. Researchers provided incentives to sell items via eBay for a two-month period. Brain scans conducted after that period showed a change in activity, with those who gained experience in trading exhibiting decreased activity in the right anterior insula as well.

Researchers looked at additional areas of the brain in the experiments. They found no differences in activity between experienced and inexperienced traders in parts of the brain related to product preference and buying decisions.