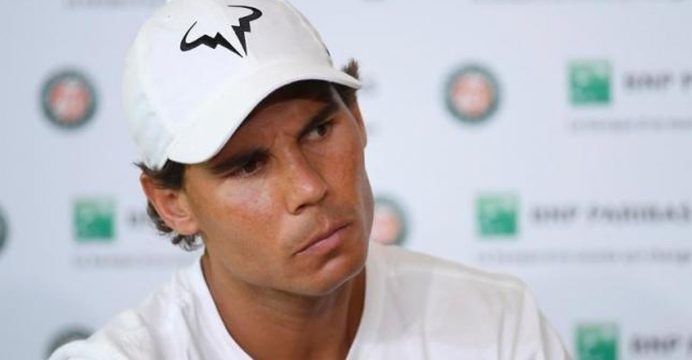 Rafael Nadal has conceded he is not yet sure that he will be able to represent Spain at the Rio Olympics as his fitness concerns linger, reports Reuters.

The 2008 gold medallist withdrew from the French Open with a wrist injury and missed Wimbledon.

“I will not be at the best level in any of the categories,” Nadal told journalists after arriving in Brazil. “I have not competed for two months and I have not trained a lot.”

“I will train a few days here to see what I can do and then decide what is best, to be more positive for me and the team,” he said.

World number five Nadal, who is due to be Spain’s flag bearer, was absent from the 2012 Olympics due to injury and should he withdraw, it would come as a significant blow for tennis at the Games with several other high-profile player also missing.

Roger Federer sits out due to a knee problem and Wimbledon finalist Milos Raonic withdrew citing fears over the Zika virus.

Nadal’s coach and uncle, Toni Nadal, later raised hopes the player may be ready to play, although perhaps not in all three events – singles, doubles and mixed doubles.

“His wrist is so much better. We tried to practise normally. We played with a good level, a good intensity,” Toni said.

“We are waiting until tomorrow to take a decision to play all the things or not: singles, doubles and mixed doubles.

“Tomorrow we have to talk with (Spain coach) Conchita Martinez and with Rafa and what we think is better for the team, and then we play. Sure, sure, we play something.”