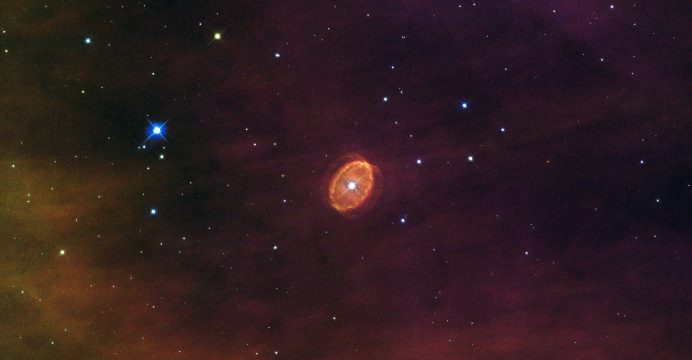 Supernovae are among the most violent phenomena in the universe. They are huge explosions which put an end to the lives of certain types of stars. These explosions release immense amounts of energy, so much that sometimes we can see them from Earth with the naked eye, as points of light which for a short time are brighter than all the millions of stars in the galaxies where they are found. After an intense burst of light lasting a few weeks, supernovae start to fade gradually until they have effectively burned out.

There are several different types of supernovae. The astronomers classify them by their observable characteristics, which in turn give clues about how they have originated, among the most well known are those of Type Ia, which occur when a white dwarf (which is the final state of a star slightly more massive than the Sun) absorbs mass from another nearby star, or merges with another white dwarf. When that happens its mass grows until it becomes unstable (1), and a thermonuclear explosion is triggered. As these events produce a characteristic luminosity, they can be used by astronomers as “standard candles” to measure large distances in the universe, in a similar way to that used by sailors to infer the distance of a known lighthouse at night by estimating its brightness , reports Science Daily. 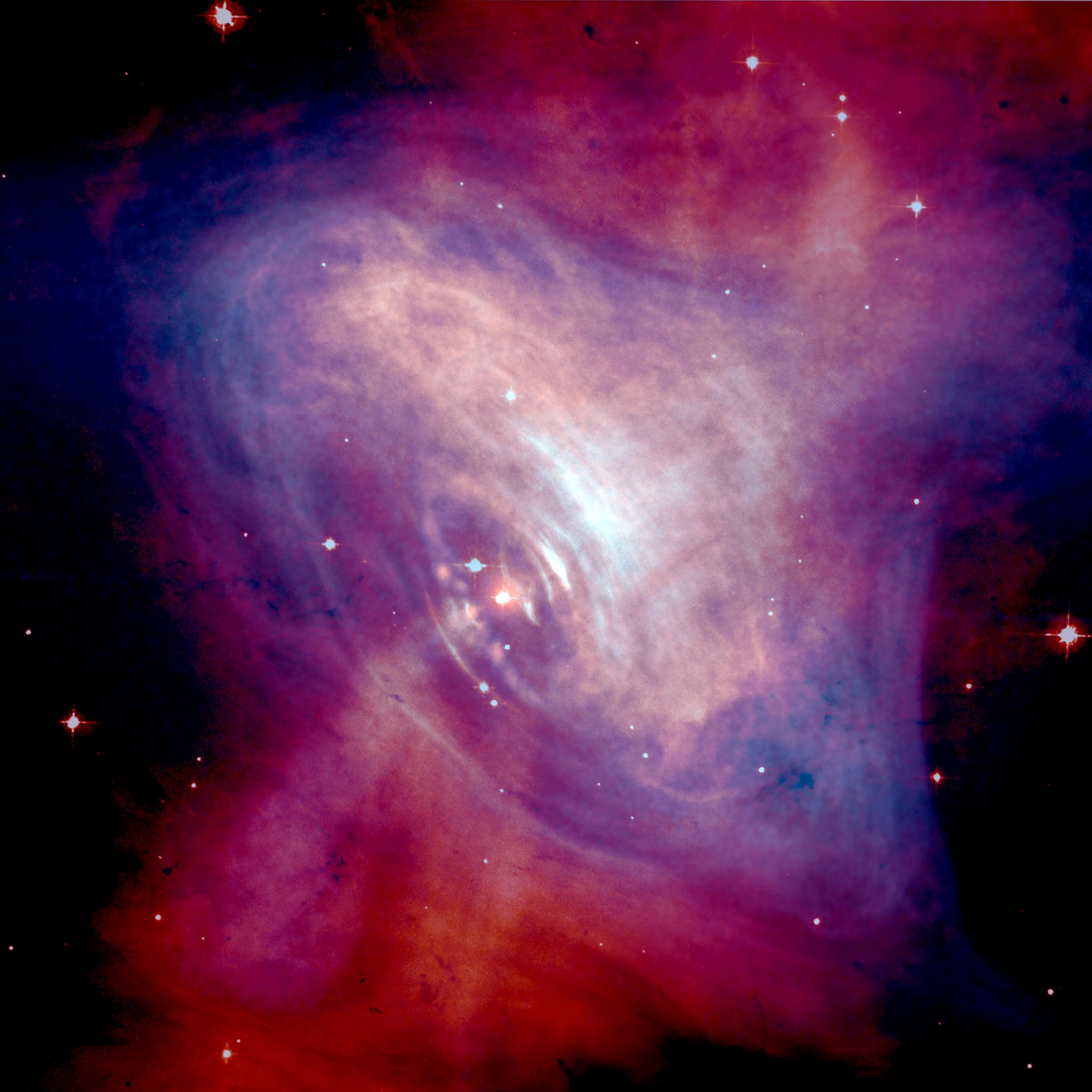 The other types of supernovae are produced when very massive stars exhaust their fuel, so that nuclear fusion in their interiors comes to an end. This fusion not only causes stars to emit light and heat, but keeps them in equilibrium so that they don’t collapse under their own gravity. When the fusion stops, the centre of the star collapses and the outer layers are flung outwards with violence, causing a supernova, while the centre implodes, leaving a neutron star, or for very massive stars, a black hole.

In recent years a new type of supernova has been discovered, about which still very little is known, and which are brighter and longer lasting, so that they have been called superluminous supernovae (SLSN). Although only about a dozen of them are known, an international group of researchers has been able to use the Gran Telescopio CANARIAS (GTC) to observe a superluminous supernova almost from the moment it occurred. The research has revealed surprising behaviour, because this supernova showed an initial increase in brightness which later declined for a few days, and later increased again much more strongly. The scientists have used the data observed at the GTC and has combined them with other observations in order to try to explain the origin of the phenomenon.

“Superluminous supernovas are up to a hundred times more energetic than Type 1a’s because they can remain bright for up to six months before fading rather than just a few weeks” explained Mathew Smith, a postdoctoral researcher at the University of Southampton (UK) and the person directing this study, whose results have been published in the specialized journal The Astrophysical Journal Letters. “What we have managed to observe, which is completely new” adds Smith, “is that before the major explosion there is a shorter, less luminous outburst, which we can pick out because it is followed by a dip in the light curve, and which lasts just a few days.” It is the first time that something like this has been observed in a supernova. “From our data we have tried to determine if this is a characteristic unique to this object, or whether it is a common feature of all superluminous supernovas, but has not been observed before, which is perfectly possible given their unpredictable nature” comments the scientist.

This new, intriguing object, given the cryptic name of “DES14X3taz” by the astronomers, was discovered on December 21st 2014 by the Dark Energy Survey (2) an international project which surveys the night sky making precision measurements of over 300 million galaxies which are situated thousands of millions of light years from Earth, and incidentally detecting thousands of supernovae and other transient phenomena. The objective of this survey is to help explain the expansion of the universe, and to find clues to the nature of the elusive dark energy (3). To do this astronomers are using an extremely sensitive digital camera, of 570 Megapixels, on the four metre Victor M. Blanco telescope at the Inter-American Observatory at Cerro Tololo (Chile).

Once DES14X3taz had been identified as a possible superluminous supernova an immediate observation was requested on the GTC, which turned its powerful eye towards it during the two nights of observation: January 26th and February 6th 2915. This could be done because the GTC devotes some of its observing time to “targets of opportunity” so that other, programmed observations which can be made at another time are postponed to give priority to transient phenomena, which may offer unrepeatable opportunities.

“The GTC, with its huge 10.4m mirror, and its OSIRIS instrument, is the ideal tool to observer this SNSL, which is at a vast distance and because we are looking for information in the visible and the near infrared” commented Smith, who is a participant in the Dark Energy Survey. Thanks to the observations made with the GTC and other telescopes, Smith and his collaborators could reconstruct the evolution of the brightness of DES14X3taz from almost the moment of its detection. They have also determined its absolute brightness with great precision, as well as its distance, some 6,400 million light years (4),

After comparing their observations with several physical models the astronomers concluded in their article that the most plausible explanation is that the mechanism which causes this supernova is the birth of a “magnetar,” a neutron star which rotates very rapidly on its axis. In the data the initial peak of the brightness graph is followed by rapid cooling of the object, after which there is a new, and quicker rise in brightness. This is consistent with the emission of a huge bubble of material into the surrounding space, with cools rapidly as it grows in size. “We think that a very massive star, some 200 times the mass of the Sun, collapses to form a magnetar. In the process the first explosion occurs, which expels into space a quantity of matter equivalent to the mass of our Sun, and this gives rise to the first peak of the graph. The second peak occurs when the star collapses to form the magnetar, which is a very dense object rotating rapidly on its axis, and which heats up the matter expelled from the first explosion. This heating is what generates the second peak in the luminosity” explains Smith.

Research of this type allows us to get to know the physical phenomena which cause the superluminous supernovas, and this understanding may allow us to “standardize” it (as has been done for the type Ia’s) so we could use it as a reference source for distance measurement on large scales in the universe. Its high luminosity may make these objects very useful for making distances on larger scales, and with greater accuracy than we can do at the moment. However before we get to that point we need a much deeper understanding of their origin and their nature.

Another mystery about this new type of supernovae is that, up to now, all the cases detected have been in small galaxies with low metallicity (low content in heavy elements) and we have no explanation of this. “It is a part of the mystery of these objects “says Smith, in humorous vein, and adds that among future priorities we need to detect more superluminous supernovae, and oberve them since the moment they explode, and in real time with a telescope of the size of the GTC.

(1) The Chandrasekhar limit is the maximum mass which a white dwarf can attain without collapsing into a neutron star (or black hole) under its own gravity. This limit is at 1.4 times the mass of the Sum.

(2) The Dark Energy Survey is an international collaboration of over 400 scientists from 25 institutions in 7 countries: The US, Spain, the UK, Brazil, Germany, Switzerland, and Australia.

(3) Dark energy is a form of energy present throughout space, which produces a pressure tending to accelerate the expansion of the universe. This acts as a type of gravitational repulsion.

(4) A light year, in spite of its name, is really a distance, defined by the distance light travels in a year. The light emitted by the explosion of DES14X3taz has taken 6,400 million years to reach the Earth. The age of the universe is almost 14 thousand million years.