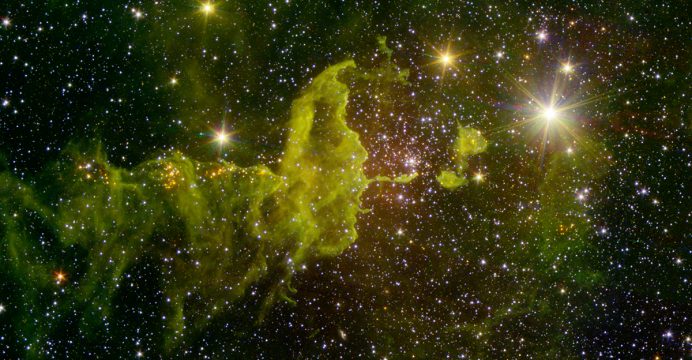 Alone on the cosmic road, far from any known celestial object, a young, independent star is going through a tremendous growth spurt.

The unusual object, called CX330, was detected as a source of X-ray light in 2009 by NASA’s Chandra X-Ray Observatory while surveying the bulge in the central region of the Milky Way. Further observations indicated this object was emitting optical light as well. With only these clues, scientists had no idea what this object was.

But when a team led by Texas Tech University Department of Physics associate professor Tom Maccarone and postdoctoral researcher Chris Britt examined infrared images of the same area taken with NASA’s Wide-field Infrared Survey Explorer (WISE), they realized this object has a lot of warm dust around it, which must have been heated by an outburst, reports Science Daily.

Comparing WISE data from 2010 with Spitzer Space Telescope data from 2007, researchers determined CX330 likely is a young star that has been outbursting for several years. In fact, in that three-year period, its brightness had increased a few hundred times. 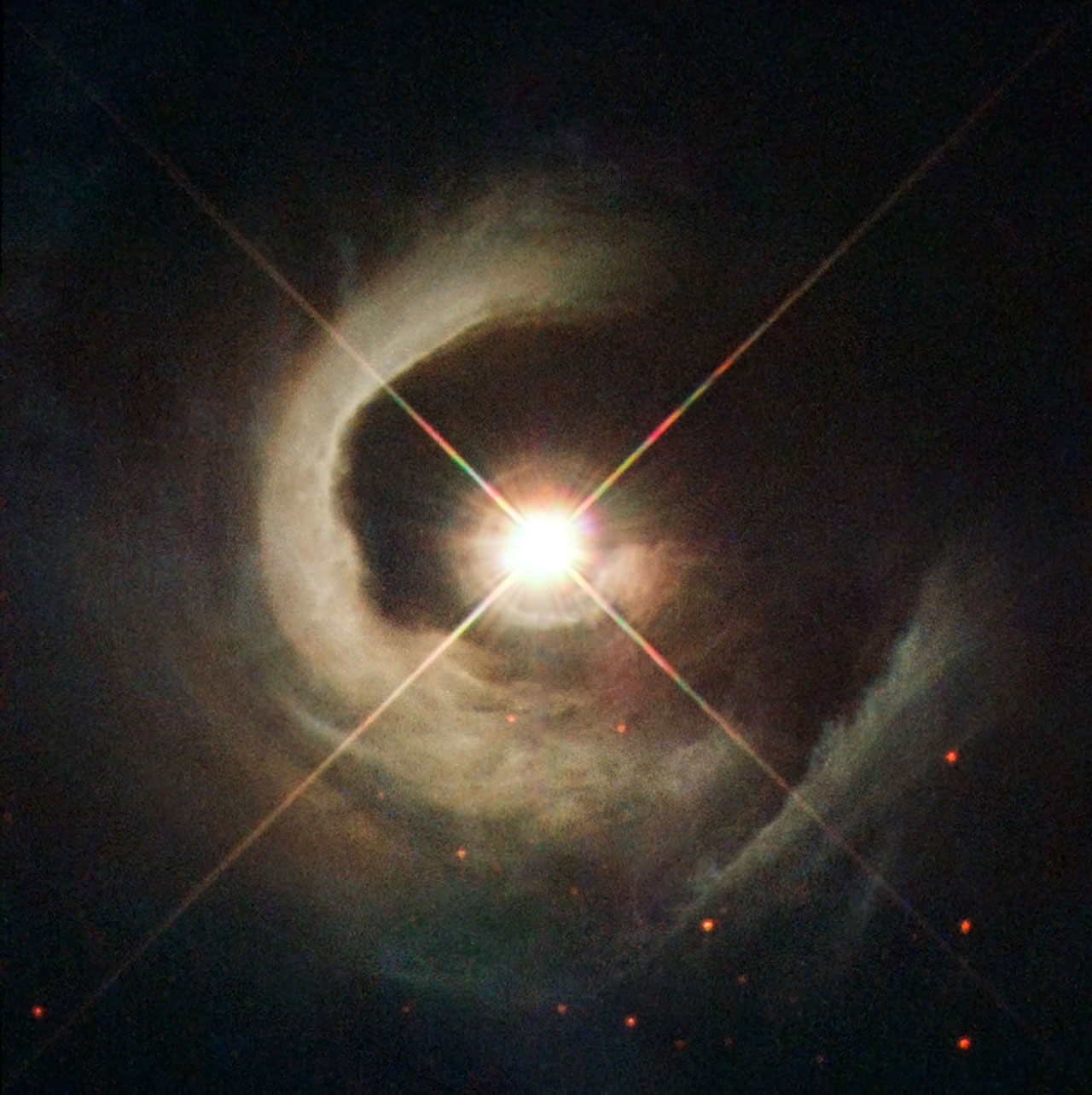 Astronomers gathered data about the object from a variety of other observatories, including the ground-based SOAR, Magellan, and Gemini telescopes. They also used the VISTA Variables in the Via Lactea and Optical Gravitational Lensing Experiment IV to measure the intensity of light emitted from CX330. By combining the different perspectives on the object, a clearer picture emerged.

“We tried various interpretations for it, and the only one that makes sense is that this rapidly growing young star is forming in the middle of nowhere,” said Britt, lead author of a study on CX330 recently published in the Monthly Notices of the Royal Astronomical Society.

The lone star’s behavior is remarkably similar to FU Orionis, a young outbursting star that had an initial three-month outburst in 1936-37 and whose bright emissions have been fading ever since. CX330 is fading as well, but its brightness hasn’t fallen more than a factor of 10 since its peak in 2010 or 2011. CX330 is more compact, hotter and likely more massive than the FU Orionis-like objects, launching faster outflows slamming into the gas and dust around it.

“The disk has probably heated to the point where the gas in the disk has become ionized, leading to a rapid increase in how fast the material falls onto the star,” said Maccarone, co-author on the study.

Most puzzling to astronomers, FU Orionis and the rare objects like it — there are only about 10 of them — are located in star-forming regions. That’s because young stars form and feed from their surroundings, which are the gas- and dust-rich — and most tightly packed — regions in star-forming clouds. By contrast, the region of star formation closest to CX330 is several hundred parsecs away. If the sun were this isolated, the nearest star-forming region would be near Orion.

“CX330 is both more intense and more isolated than any of these young outbursting objects that we’ve ever seen,” said Joel Green, study co-author and researcher at the Space Telescope Science Institute in Baltimore. “This could be the tip of the iceberg — these objects may be everywhere.”

In fact, it is possible all stars go through this dramatic stage of development in their youth, but many of the outbursts are too short in cosmological time for humans to observe.

How did CX330 become so isolated? Scientists aren’t sure. One idea is that CX330 was born in a star-forming region but was ejected into its present lonely pocket of the universe. This is unlikely, astronomers say. Because CX330 is in a youthful phase of its development — likely less than 1 million years old — and still is eating its surrounding disk, it must have formed near its present location in the sky.

“If it had migrated from a star-forming region, it couldn’t get there in its lifetime without stripping its disk away entirely,” Britt said.

CX330 also may help scientists study how stars form under different circumstances. One scenario suggests stars form through turbulence. In this “hierarchical” model, a critical density of gas in a cloud causes the cloud to gravitationally collapse into a star. A different model, called “competitive accretion,” claims stars begin as low-mass cores that fight over the mass of material left in the cloud. CX330 more naturally fits into the first scenario, as the turbulent circumstances would theoretically allow for a lone star to form.

It is still possible other intermediate- to low-mass stars are in the immediate vicinity of CX330 but have not been detected yet.

CX330 was last viewed in August 2015, and it was still outbursting then. Astronomers plan to continue studying the object, including with future telescopes that could view CX330 in other wavelengths of light.

Outbursts from a young star change the chemistry of the star’s disk, from which planets may eventually form. If the phenomenon is common, that means planets, including Earth, may carry the chemical signatures of an ancient disk of gas and dust scarred by stellar outbursts.

But as CX330 is continuing to devour its disk with increasing rage, astronomers do not expect that planets are forming in its system.

“If it’s truly a massive star, its lifetime is short and violent, and I wouldn’t recommend being a planet around it,” Green said. “You could experience some pretty intense heat for a few centuries.”