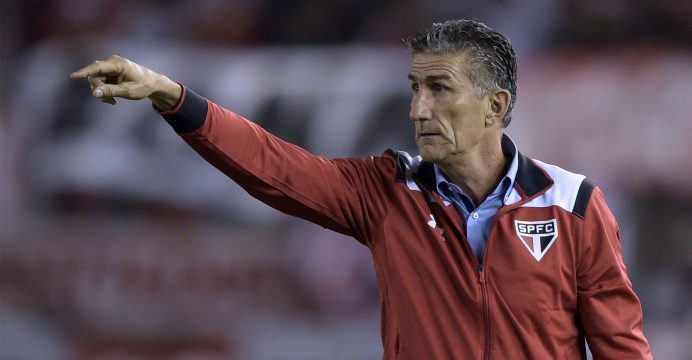 With 2018 World Cup qualifiers at home to Uruguay and away to Venezuela coming up next month, the 58-year-old is expected make convincing Messi to go back on his decision to quit international soccer his first task.

“He’s coming to Argentina on Friday (to sign),” added Perez, who heads the ‘Regularisation Committee’ put in place by world body FIFA last month to administer the AFA and organise elections by mid 2017.

“We know there are a lot of problems to deal with at the AFA … but first we had to resolve the matter of the coach.”

Bauza, expected to sign until Russia 2018, has little time to decide on his squad for the September qualifiers.

The 10-nation South American group is tight with Argentina in third place with 11 points from six matches, two points behind leading pair Uruguay and Ecuador and one ahead of Chile and Colombia, with Brazil and Paraguay a point further back.

The top four teams after 18 matches go through to the Russia finals while the fifth-placed team goes into an intercontinental playoff for one more berth.

Had the timing been better, Argentina would probably have gone for a higher profile coach like Atletico Madrid’s Diego Simeone or former Chile trainer Jorge Sampaoli.

But the pair, as well as Tottenham Hotspur manager Mauricio Pochettino, are tied to their present jobs by buyout clauses the cash-strapped AFA has no means of paying.

Former central defender Bauza comes highly recommended and has built a reputation as one of the top coaches in South America.

The AFA has been harshly criticized for its performance since the 2014 death of Julio Grondona, who had ruled it since 1979, and has been held partially to blame for the resignations of Messi and Martino.