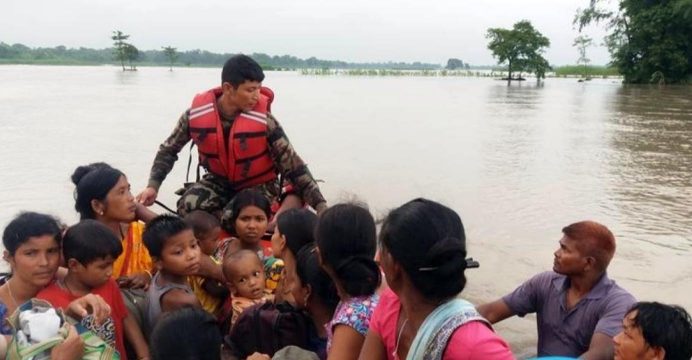 Torrential monsoon rains over recent days are affecting large swathes of south Asia, with the mountain nation of Nepal particularly badly hit. Dozens have died in 45 affected districts, and thousands have been made homeless.

Roads, drainage, power and other infrastructure have suffered significant damage and more heavy rain is expected in the coming days.

The floods have also affected Pakistan, Afghanistan, Bangladesh and India.

IOM has been called in to support the government of Nepal’s monsoon response work plan and currently is working closely with Gorkha and Dolakha districts’ local authorities to support the affected population.

“The current situation is really critical and providing life-saving assistance in a timely and effective manner is our priority. IOM is collaborating closely with the government to support the people in this time of urgent need,” said Suzana Paklar, IOM Nepal’s relief, recovery and reconstruction programme manager.

Another concern following the hostile weather experienced during the monsoon season is the increase of exposure to viral and bacterial diseases. Unfortunately, only 48 percent of the displaced populations living in these sites have access to basic healthcare, leaving them extremely vulnerable to various waterborne diseases.

IOM is actively seeking more funding to provide assistance to this extremely vulnerable caseload of displaced households, many of whom are still suffering from the effects of the 2015 earthquake.