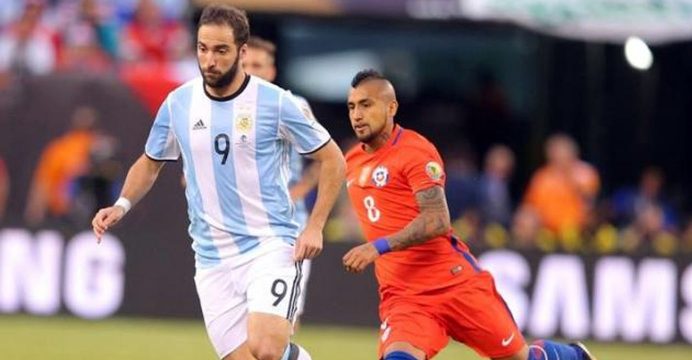 Gonzalo Higuain aims to repay Juventus for splashing out 90 million euros ($99.74 million) to sign him from Napoli and make the Argentina striker the third most expensive player in world football.

The 28-year-old international, who was top scorer in Serie A last season, is third on the all-time transfer fee list behind Real Madrid’s Gareth Bale and Cristiano Ronaldo.

“I hope to repay the faith of the club’s directors and of course to demonstrate my value in the coming season with Juventus,” he said. “The efforts to bring me here were truly humbling and it is up to me to show my worth to my new fans.”

“I chose this team above all because they are an excellent side with a very exciting project,” he told a news conference on Thursday. “I’m humbled by the efforts made by the club to bring me here and I’m looking forward to a successful season.”

The Turin-based club triggered the release clause for Higuain, who still had two more years to run on his contract. He joined Napoli in 2013 after spending six years at Real Madrid.

Higuain said he decided to join Juventus because their activity in the transfer market, with the arrival of other big name signings such as Miralem Pjanic, Dani Alves, Marko Pjaca and Medhi Benatia, showed a determination to succeed.

“The ambition shown over the summer was an important factor for me. Combined with the desire of the players already here, this was an offer I could not refuse,” he was quoted as saying on the club’s website (www.juventus.com).

“The depth of this squad is one of its greatest strengths and the competition for places all over the field is a massive advantage for us.”

His decision to join Juve caused anguish among Napoli fans, who gathered in Naples city centre on Saturday to tear up his picture and set fire to replicas of his number nine shirt.

“I spent three great years at Napoli and I can only thank them for their support, but this is a choice that I have made for personal reasons,” Higuain said.

“I can understand they are extremely disappointed and upset with me, but this is a choice that I have made and I am happy about it.”