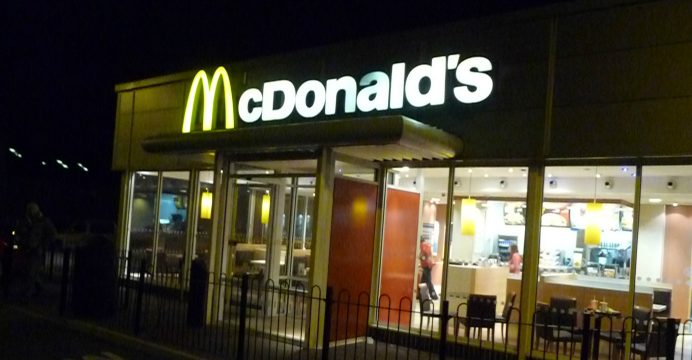 McDonald’s will create more than 5,000 jobs in Britain by the end of 2017, the fast food chain said on Wednesday despite economic uncertainty following the Brexit vote, reports BSS.

“These new jobs build on the 8,000 we announced in 2014 which has taken our workforce to over 110,000 ahead of schedule,” McDonald’s UK CEO Paul Pomroy said in a statement.

Pomroy attributed the expansion to investment and innovation in the company’s 500 fast food restaurants in Britain, the majority of which now offer table service.

McDonald’s plans to open a further 250 fast food restaurants by the end of 2016, pushing forward with its expansion plans despite economic uncertainty following the UK’s decision in June to leave the EU.

“These remain challenging economic conditions but I’m pleased that, together with our franchisees, we remain committed to the UK,” Pomroy said.

McDonald’s announcement was described as “great news for the UK economy” by business minister Greg Clark.

“Businesses are confident that the UK remains open for business,” Clark said in a statement, repeating a slogan used in several government announcements made since Britain voted to leave the EU.

The figure was above the expected 0.5 percent, driven by growth of 2.1 percent in industrial production, and followed 0.4-percent expansion in the first quarter.