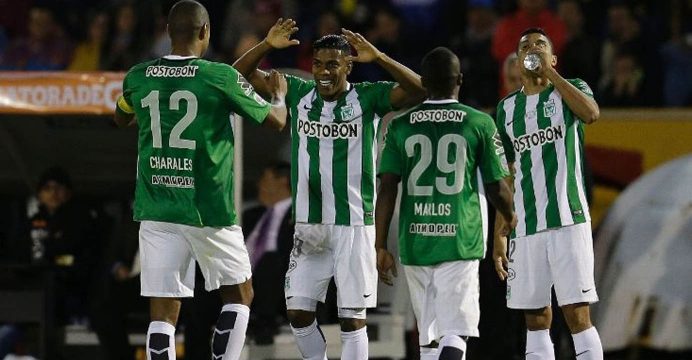 An early goal from Miguel Angel Borja took Atletico Nacional to their second Copa Libertadores triumph as the Colombian side beat Ecuador’s Independiente del Valle 1-0 on Wednesday to give them a 2-1 aggregate victory, reports Reuters.

Macnelly Torres’s chip into the box came back off the post after eight minutes and Borja was on hand to smash the rebound into the net. It was his fifth goal in the last four games.

“This is thoroughly deserved,” fullback Daniel Bocanegra told reporters after the game. “It’s a dream come true and now we are off to the World Club Cup which is very important.”

The team from Colombia’s second city of Medellin will now compete with European champions Real Madrid and five other sides for the World Club Cup in Japan in December.

A capacity crowd watched Atletico win their second Libertadores, South America’s equivalent of the Champions League. They also won the title in 1989.

The home side were the better team throughout and had several chances to consolidate their lead, with Borja and young striker Marlos Moreno both missing golden opportunities in front of a fervent home crowd.

Their opponents also had their chances, and were denied a penalty early in the second half, but could not repeat the performances of the earlier rounds when they overcame Argentine giants Boca Juniors and River Plate.