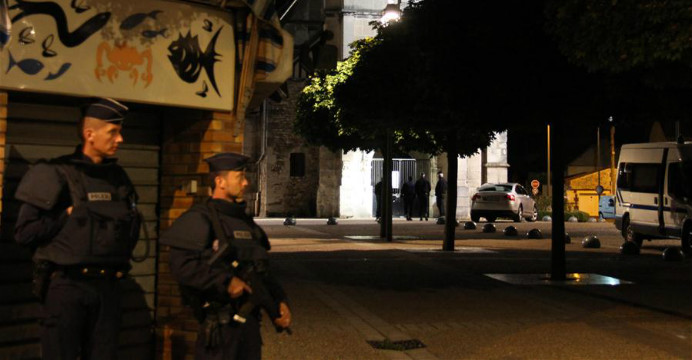 Terrorism fear intestified in Europe after church attack in France

Two knife-wielding attackers, several hostages, and an elderly priest cut throat — that’s a few keywords of the latest terror attack that has rattled the nerves of millions in Europe and beyond, reinforcing the impression that the region is in the cross hair of terrorists, reports BSS.

The attack, which occurred on Tuesday morning when churchgoers in the town of Saint-Etienne-du-Rouvray in northern France were gathering for the morning mass, is also the latest atrocity claimed by the Islamic State (IS) terrorist group.

An 84-year-old priest named Jacques Hamal was killed and another was seriously wounded. The other hostages were unhurt. 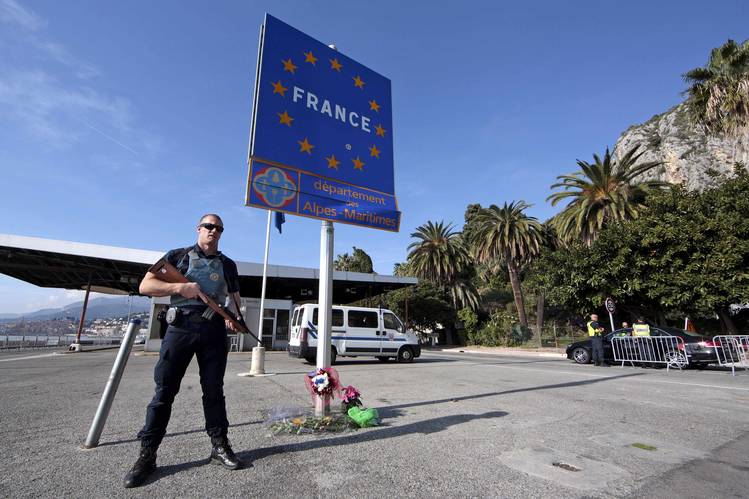 The incident was brief as a police unit specializing in hostage situations responded quickly after receiving a call from an escaped nun and gunned down the two attackers as they tried to flee the church.

Despite low number of casualties, the attack still shocked France and Europe at large as it hit a small town far from bustling cities like Paris and Nice, prompting fears that terrorists have managed to penetrate deeper into the region.

Paris Prosecutor Francois Molins on Tuesday said one of the church attackers was known to intelligence services and tried to join radical insurgents in Syria twice in 2015.

One of the attackers was identified as 19-year-old Adel Karmic, Molins told reporters. He was arrested twice in 2015 for trying to traveling to Syria using false ID.

Afterward, he had been under house arrest and had been wearing an electronic tag allowing police to trace him. However the device was deactivated for a few hours each morning. The identification of the second attacker was under way, Molins said.

The prosecutor also confirmed that a 16-year-old was placed in custody for investigation. French President Francois Hollande rushed to the scene shortly after the incident. He condemned the attack as an “heinous crime” and pledged to use all means in the war against terrorism

“The threat is very high … We are facing the group of Daesh (IS), who declared war on us. We have to battle by all means,” he said.

Hollande also called for national unity, saying what these terrorists want is to divide the nation. He announced earlier this month that he would send artillery to Iraq to reinforce local forces battling the IS.

In a related development, French media reported Tuesday that the police arrested two more people in connection with the massacre in the southern city of Nice.

Investigators were trying to determine if the two men provided logistical support to Mohamed Lahouaiej Bouhlel, the Tunisian man who carried out the truck rampage in Nice, BFMTV reported.

Four men and a woman, who were believed to have been involved in the preparation of the attack, were already detained. The IS has claimed responsibility for the Nice attack that killed 84 people and injured 300 others.