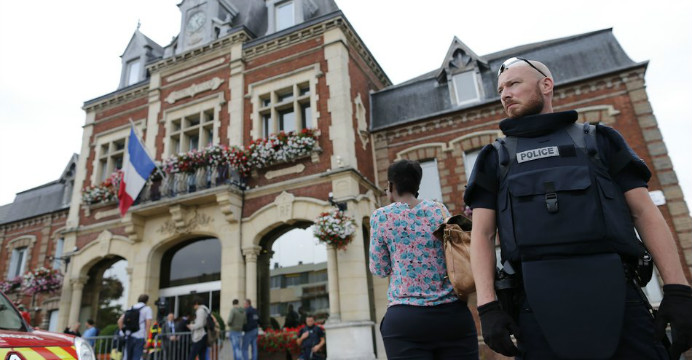 Priest killed in French church attack claimed by IS

A priest has been killed in an attack by two armed men on his church in a suburb of Rouen in northern France. The attackers entered the church in Saint-Etienne-du-Rouvray during Mass, taking the priest, Fr Jacques Hamel, 84, and four other people hostage, reports BBC.

Police later surrounded the church and French TV said shots were fired. Both hostage-takers are now dead. The Amaq news agency, linked to so-called Islamic State, said “two IS soldiers” had carried out the attack. President Francois Hollande said the men had claimed to be from IS.

Speaking in Saint-Etienne-du-Rouvray, he said the attackers had committed a “cowardly assassination” and France would fight IS “by all means”. 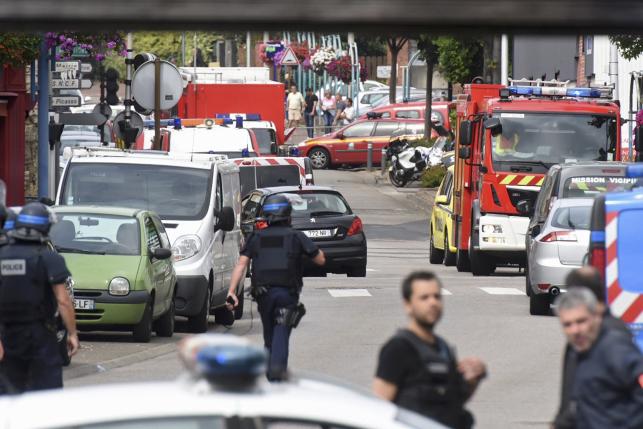 According to Reuters, Pope Francis condemned what he called a “barbarous killing”.

“The fact that this episode took place in a church, killing a priest, a minister of the Lord and involving the faithful, is something that affects us profoundly,” Vatican spokesman Father Federico Lombardi said.

The attack heaped yet more pressure on Hollande to regain control of national security, with France already under a state of emergency 10 months ahead of a presidential election in which he is widely expected to seek a second term.

“Everything is being done to trigger a war of religions,” tweeted Jean-Pierre Raffarin, a former conservative prime minister who now heads the Senate’s foreign affairs committee.

Hollande visited the Normandy town with Interior Minister Bernard Cazeneuve, meeting survivors of the church attack and members of the emergency services.

Cazeneuve has come under fire from conservative politicians for not doing enough to prevent the Nice attack, which prompted lawmakers to approve a six-month extension of emergency rule.