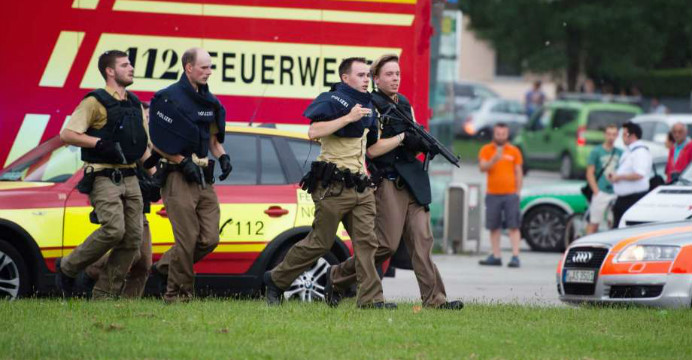 Several people killed in shooting at shopping centre in Munich

Several people have been shot dead in a shooting at a shopping centre in the German city of Munich, police say. A big operation is under way. Police are telling people to stay at home and avoid the streets, reports BBC.

Several people have also been injured at the shopping centre in the north-western Moosach district. Reports speak of one attacker. Some shopworkers are reportedly unable to leave the building.

According to Reuters,  It was not immediately clear who carried out the attack, which took place a week after an axe-wielding teenager went on a rampage on a German train. Islamic State claimed responsibility for that attack. Staff in the mall were still in hiding, an employee told Reuters by telephone. 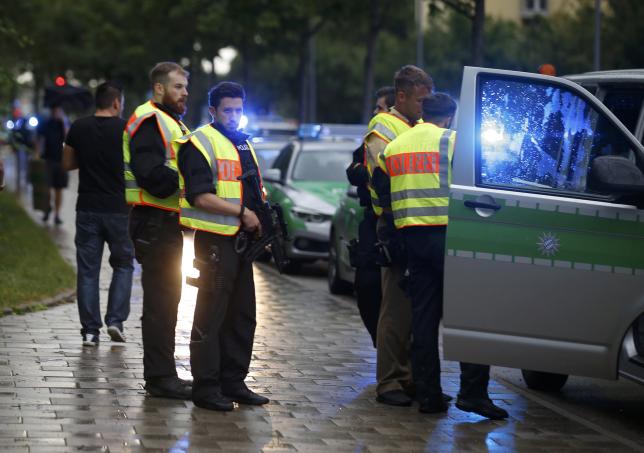 Police secure a street near to the scene of a shooting in Munich * PHOTO: REUTERS

“Many shots were fired, I can’t say how many but it’s been a lot,” the employee, who declined to be identified, said from the mall in Munich.

“All the people from outside came streaming into the store and I only saw one person on the ground who was so severely injured that he definitely didn’t survive,”

“We have no further information, we’re just staying in the back in the storage rooms. No police have approached us yet.”

Munich transport authorities said they had halted several bus, train and tram lines. The shopping center is next to the Munich Olympic stadium, where the Palestinian militant group Black September took 11 Israeli athletes hostage and eventually killed them during the 1972 Olympic Games.

Friday’s attack took place a week after a 17-year-old asylum-seeker wounded passengers on a German train in an axe rampage. Bavarian police shot dead the teenager after he wounded four people from Hong Kong on the train and injured a local resident while fleeing.

German Justice Minister Heiko Maas told Bild newspaper’s Friday edition before the mall attack that there was “no reason to panic but it’s clear that Germany remains a possible target”.

The incidents in Germany follow an attack in Nice, France, on Bastille Day in which a Tunisian drove a truck into crowds, killing 84. Islamic State also claimed responsibility for that attack.

There was, however, no immediate word that the attack was politically motivated. Friday is also the five-year anniversary of the massacre by Anders Behring Breivik in Norway. Breivik is a hero for far-right extremists in Europe and America.

This article has been posted by a News Hour Correspondent. For queries, please contact through [email protected]media
No Comments