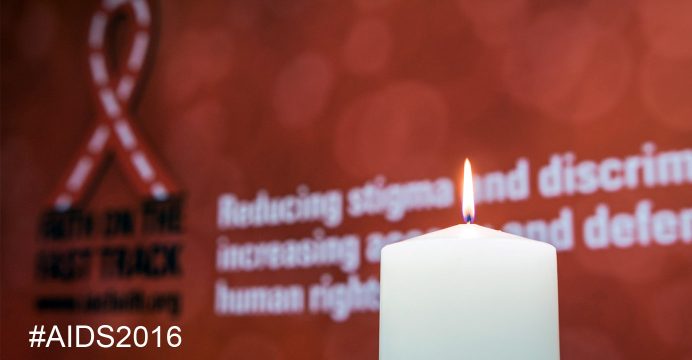 Current and forthcoming studies of vaccines to prevent HIV infection have created a new optimism that the long and challenging road to the development of such a vaccine has begun to take some promising turns. Updates on the search for preventive vaccines, presented at the 21st International AIDS Conference (AIDS 2016) in Durban, South Africa, included information on advances in the development of novel vaccines, and in the field of antibody mediated prevention (AMP).

Participants at AIDS 2016 heard results from the HVTN 100 study, conducted by the US-based HIV Vaccine Trails Network (HVTN) in partnership with South African research sites. HVTN 100 tested the immune responses of South African study volunteers to a modified version of the RV144 regimen, the only HIV vaccine regimen to show efficacy to date. The original RV144 vaccine reduced the HIV infection rate among study participants in Thailand by 31% over 3.5 years.

“HVTN 100 used the same vaccines that RV144 tested, but made them specific to the Clade C subtype of HIV, which is widespread in southern Africa. We also changed the adjuvant used with one of the vaccines, with the goal of eliciting a more powerful immune response, and added a booster injection to prolong the period of protection,” said HVTN 100 Protocol Chair Linda-Gail Bekker, who is also Deputy Director of the Desmond Tutu HIV Centre in Cape Town and International AIDS Society President-Elect.

Interim results from HVTN 100, presented here, provided the green light for a Phase III efficacy trial on the modified RV144 regimen. Criteria for the go-ahead centred on the percentage of HVTN 100 vaccine-recipients who displayed a range of immune responses, and the strength of those responses.

“All the criteria were met unequivocally and, in many instances, the HVTN 100 outcomes exceeded both our own criteria and the immune responses seen in RV144,” Bekker concluded.

Larry Corey, HVTN Principal Investigator, elaborated: “It is gratifying to see vaccines that were designed and manufactured specifically for South Africa meet and even exceed the criteria established to advance them into the large efficacy trial. HVTN 702 is a pivotal study that could lead to a licensed HIV vaccine in South Africa – the first preventive HIV vaccine worldwide.”

HVTN 702, a placebo-controlled study, will begin enrolling 5,400 HIV-negative men and women at 15 research sites across South Africa before the end of 2016. Participants will receive five injections over the course of a year and will be followed-up for two years more to establish whether the vaccine elicits a sustained protective effect. The trial will also seek to confirm earlier findings from HVTN 100 that the modified RV144 regimen is safe.

A major difficulty in the field of HIV vaccine development is the extraordinary capacity of HIV to mutate and evade the antibodies that might block it. The identification in a small minority of HIV-positive individuals of broadly neutralizing antibodies (bNAbs), which can neutralize a wide range of HIV variants, led to a flourishing of vaccine-related research focused on how to manufacture bNAbs in the laboratory and how to harness bNAbs to prevent infection in HIV-negative individuals.

A landmark event in this field of research was the start of the first large-scale human trials to evaluate whether a bNAb called VRC01, given by infusion, is effective in preventing HIV acquisition.

The first of the two studies, HVTN 704/HPTN 085, commenced in March in the United States. It will enrol 2,700 gay men and transgender individuals who have sex with men in the U.S., South America and Europe.
The second study, HVTN 703/HPTN 081, began in June, 2016 in South Africa and will enrol 1,500 heterosexual women in seven sub-Saharan African countries.
These placebo-controlled trials, jointly referred to as the AMP Studies, are almost identical in design. In addition to establishing the efficacy of bNAbs in preventing HIV infection, the AMP Studies will evaluate the safety and tolerability of the VRC01 infusion, and explore what concentration of the bNAb is required for effective prevention.

Researchers agree that the greatest value of the studies may be the scientific insights they yield for future vaccine development. Laboratory analysis of how bNAbs block HIV’s entry into healthy cells has already provided invaluable information for vaccine scientists, and more lessons are likely as the performance of VRC01 is studied in a large human cohort.

Scientists are also exploring the design and development of antigens or immunogens that might stimulate the immune system of HIV-negative individuals to produce bNAbs.

The next major multi-site efficacy trial in the HIV vaccine field is likely to be a test of a vaccine regimen that includes a ‘mosaic’ immunogen, carrying fragments of HIV from different variants of the virus. Researchers believe that this complex immunogen might be fit for use globally, regardless of the predominant variants in different regions.

Other novel vaccine approaches in development include the exploration of improved vectors, safe viral ‘vehicles’ that are capable of delivering HIV genes that will trigger protection against HIV, or that may even be able to deliver bNAb genes directly.

The field of vaccine development and testing involves a wide range of scientific research organisations and academic institutions around the world, private sector pharmaceutical companies, clinical research sites and laboratories, and thousands of volunteers who take risks and give of their time to participate in studies.