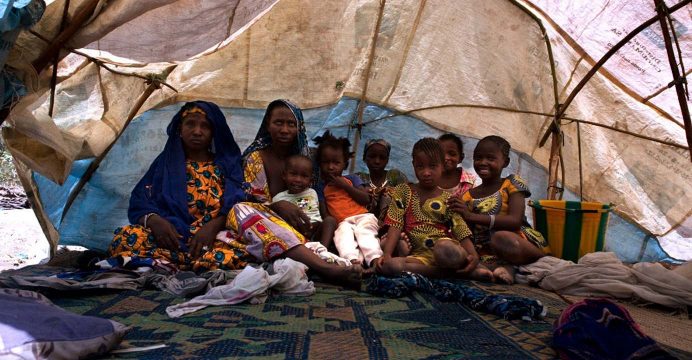 At the request of the Government of Mali, IOM conducted a workshop in Bamako last week (11-15 July) to strengthen government and humanitarian actors’ capacity in displacement management in emergency situations.

The workshop, which was supported by the IOM Development Fund, included Camp Coordination and Camp Management (CCCM) cluster training modules, with a strong focus on protection. It included sessions on counter trafficking and smuggling in emergencies.

The 27 participants from around the country included representatives of the National Directorate for Social Development, the General Directorate of Civil Protection, the Malian Red Cross and national and international NGOs.

“The workshop was an excellent forum for exchange of information and best practices for actors who work in complex situations and in regions where access is a challenge. It also provided a platform to reinforce the development of professional networks in the field of CCCM,” said facilitator Chiara Lucchini Gilera, who is based in IOM’s regional office in Dakar, Senegal.

Mali is still suffering from the consequences of the 2012 conflict and is both a country of origin and of transit for irregular migration. “The government has, however, been very active in responding to the crisis. Only 6 percent of the displaced population from the 2012 crisis remains displaced to date,” said IOM Mali Chief of Mission Bakary Doumbia.

Director of the National Directorate for Social Development Ibrahima Aba Sangare commended IOM for continuing to contribute to the strengthening of the government’s emergency response capacity. Previous IOM contributions included the transfer since November 2014 of the management and resources to run the Displacement Tracking Matrix (DTM). The National Directorate for Social Development now has full ownership of the DTM, which was previously managed by IOM.