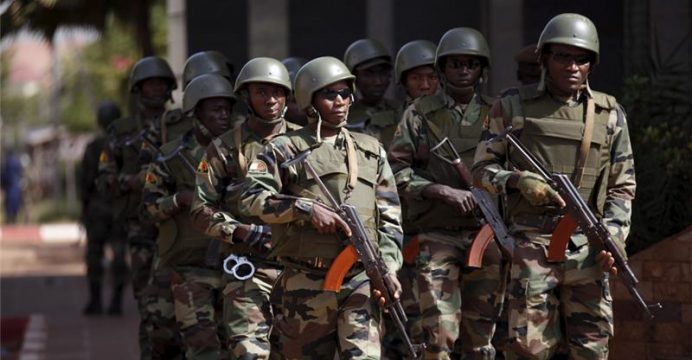 Seventeen soldiers were killed and 35 wounded in central Mali on Tuesday in an assault on their base that authorities called a “coordinated terrorist attack”, reports BSS.

“The toll has increased: we have lost 17 men and 35 are wounded,” Mali’s defence minister Tieman Hubert Coulibaly said. Authorities had earlier announced that 12 soldiers were killed.

Coulibaly called the assault a “coordinated terrorist attack on our positions,” but did not say who was responsible. In the hours after the assaults two groups — one jihadist, the other ethnic — both claimed to have carried out the raid on the military camp in Nampala. 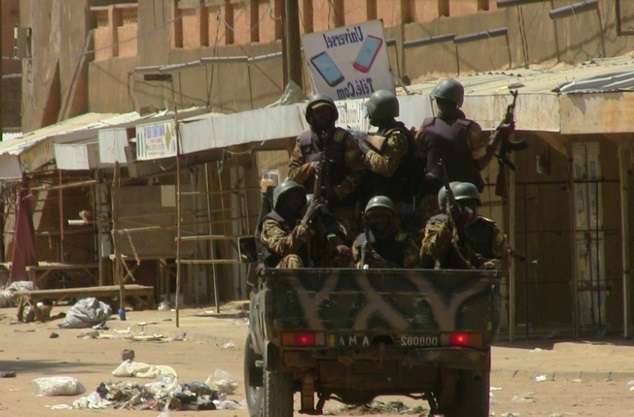 Islamist group Ansar Dine said in a message that it carried out a “huge attack” that had killed “dozens of soldiers and wound(ed) large numbers,” according to the US-based group SITE that monitors jihadist communications.

Ansar Dine, which is one of several active jihadist groups roaming Mali’s north, also claimed to have taken control of the army barracks and carried off a large quantity of “spoils”.

Earlier on Tuesday, a group from the ethnic Peul community, calling themselves the National Alliance for the Protection of Peul Identity and Restoration of Justice (ANSIPRJ), said they had killed eight troops in the attack.

WE ARE BEING CAREFUL

“It was self-defence,” Sidy Cisse, a senior ANSIPRJ commander, told AFP, adding three of his men were hurt.

The group also claimed to have wounded 11 soldiers, as well as making off with two trucks and five pick-up trucks. Senior figures within ANSIPRJ are also members of a Peul association that decried the murder of what it said were several Peuls falsely accused of supporting jihadists active in the area.

Several security sources in the region told reporters that, they doubted the veracity of the claim of responsibility from ANSIPRJ as the group was only founded last month following inter-communal clashes in the area and lacked the means to mount an attack. Coulibaly said the government was aware “a group had issued a claim. We are being careful.”

“One thing is sure, this was a terrorist action that targeted a military objective. So an appropriate military response is forthcoming,” he added.

The Malian government said the attackers would be hunted down and punished, and that the military had control of Nampala.

Northern Mali has seen repeated violence since it fell under the control of Tuareg-led rebels who allied with jihadist groups linked to Al-Qaeda in 2012.

But attacks are now becoming more frequent in the country’s centre, close to its borders with Burkina Faso and Niger, both from criminal and jihadist elements.

Although Islamists were largely ousted by an ongoing French-led military operation launched in January 2013, sporadic attacks from desert hideouts are common.