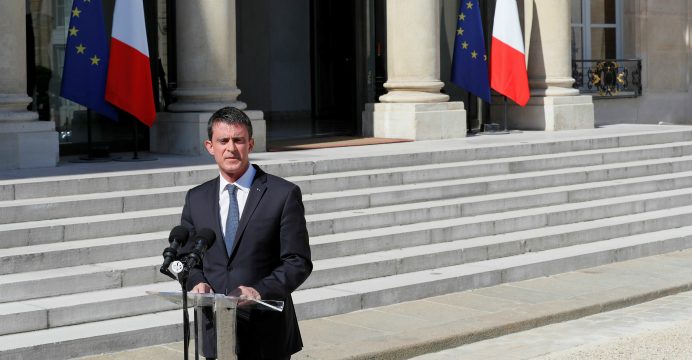 France will decide whether to extend the state of emergency for a fourth time, possibly until 2017, after a massacre in Nice that left 84 people dead, reports BSS.

President Francois Hollande was this month set to lift the measures — in place since the November attacks on Paris claimed by the Islamic State group — but instead extended them for another three months after the carnage in Nice.

The debate by parliament takes place in a tense political climate, with emotions running high in France after the third major attack in 18 months sparked fierce criticism of the government’s security record. 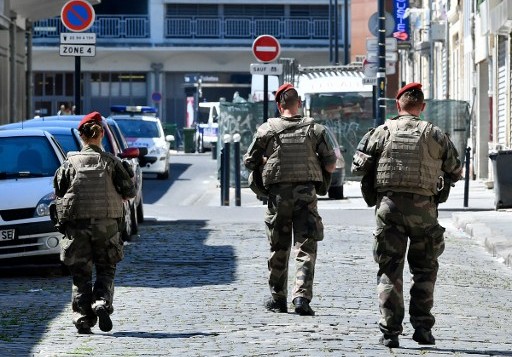 Soldiers of the anti-terror security forces patrol on July 18, 2016 in Bordeaux, southwestern France

French parliamentary and government sources told AFP late Monday that parliament is expected to extend the state of emergency, currently in place until October, to the beginning of 2017.

On Monday investigators said that 31-year-old Mohamed Lahouaiej Bouhlel, who used a truck to mow down people in Nice leaving a Bastille Day fireworks display, had shown “recent interest” in jihadist activity.

Paris prosecutor Francois Molins said there was no evidence of Bouhlel’s allegiance to IS but a search of his computer “showed a clear, recent interest for the radical jihadist movement.”

In the two weeks prior to the attack Bouhlel carried out near-daily internet searches for IS propaganda videos and readings from the Koran, Molins said.

The father-of-three also searched for information about the terror attack on a gay nightclub in Orlando that left 49 dead, and the Paris suburb of Magnanville — where a police couple were killed last month. Both attacks were linked to IS. His computer contained pictures of corpses and fighters posing with the IS flag.

The Nice attack came eight months after IS jihadists killed 130 people across Paris, and 18 months after three days of terror at the Charlie Hebdo weekly and a Jewish supermarket killed 17.

Unlike the perpetrators of those attacks, Bouhlel, a petty criminal with a history of violence and depression, did not travel to the Middle East for training or jihad.

In March Bouhlel received a suspended sentence for “armed assault” after beating a driver with a nail-studded plank in an episode of road rage.

Molins said acquaintances described the Tunisian as “someone who did not practise the Muslim religion, ate pork, drank alcohol, took drugs and had an unbridled sexual activity”.

About eight months ago , however, he snapped a picture of a news story headlined: “Man deliberately rams car into cafe terrace.”

And earlier this month, he stopped shaving his beard. On the day of the attack he appeared to have spent much of the national holiday on the promenade, taking selfies. He also staked out the promenade in his truck twice before he struck, investigators said.

A sea of people thronged the seafront in Nice for a solemn minute’s silence on the last official day of mourning Monday.

In a sign of the mounting frustration over the string of attacks that have killed over 230 people since January 2015, Prime Minister Manuel Valls was heckled by mourners who booed and shouted “Murderers” and “Resign!”

Valls said the “disgraceful” display reflected the “attitude of a minority” in the city, which is run by the opposition Republicans party.

While previous attacks in France spawned grand displays of national unity, there was no semblance of cohesion after the Nice massacre, which comes nine months ahead of presidential and legislative elections.

“Everything that should have been done in the past 18 months was not done,” former president and opposition leader Nicolas Sarkozy, who is eyeing another run for the top job, said on Sunday.

Calling for all foreign-born terror suspects to be deported Sarkozy told TF1 television: “We are at war, outright war. So I will use strong words: it will be us or them.”

Far-right National Front leader Marine Le Pen accused successive governments of the left and right of “grave mistakes” for “continuing to allow so many foreigners into France”.

However, Interior Minister Bernard Cazeneuve pointed to a string of measures to fight terrorism, such as boosting the armed forces and adopting new anti-terror laws.

“There is no zero risk. By saying this we are telling the truth to the French and tackling the threat with lucidity,” he said, accusing the opposition of using the attack for “shameful” point-scoring.