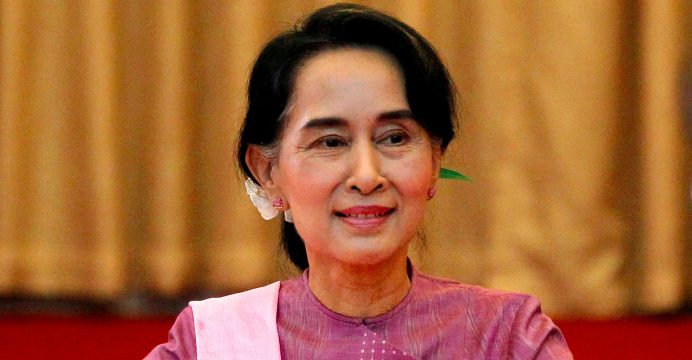 Myanmar’s Aung San Suu Kyi paid tribute to her independence hero father on Tuesday at a memorial attended for the first time by the army chief, a rare show of unity in the former junta-run country, reports BSS.

The 71-year-old, now steering Myanmar’s first civilian government in decades, laid a wreath at the mausoleum dedicated to her father and eight others assassinated in 1947 during their struggle to win independence from Britain.

A heavy security presence surrounded the memorial in Yangon, as huge crowds gathered outside the gates to celebrate the fallen leaders. 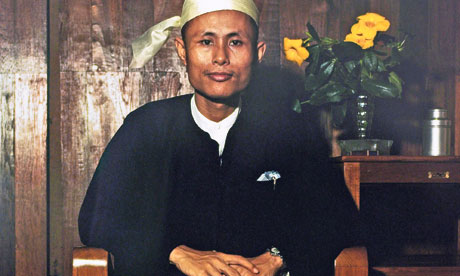 “We came here to pay respect to our late martyrs who sacrified for us. We will never forget the 19th of July. We will also support Mother Suu,” Tun Tun, a 21-year-old university student, told AFP outside the memorial.

Suu Kyi’s father, General Aung San, never lived to see the independence he fought for but remains a deeply revered figure and a core factor behind his daughter’s enduring popularity.

Suu Kyi, who was barred from commemorating the anniversary during her years as a political prisoner under the former junta, was joined Tuesday by the country’s still-powerful army chief, Min Aung Hlaing.

It is the first time an army chief has attended the event in years, affirming a new turn in the relationship between the military and the former activist, who was long viewed as their nemesis.

After her party swept landmark elections last November, Suu Kyi now faces the tough task of reversing the widespread poverty and repression that became the hallmarks of junta rule.

The Nobel laureate has already drawn on her father’s haloed legacy as she organises upcoming peace talks with ethnic rebels who have been battling the state for decades.

The talks have been dubbed the 21st century Panglong conference after the 1947 meeting in which her father granted political autonomy to ethnic groups in Myanmar’s frontier states.

The agreement was never honoured by the junta that staged a coup several years after Aung San’s assassination and held onto power for nearly five decades.

Suu Kyi has vowed to overturn that painful legacy and reach a national ceasefire. But the army is still locked in warfare with various ethnic militias and Suu Kyi’s ability to rein in the military is limited.

The army continues to control key parts of the economy and government — including a quarter of parliamentary seats and crucial ministries that will give the generals huge sway over whether the peace process is a success.