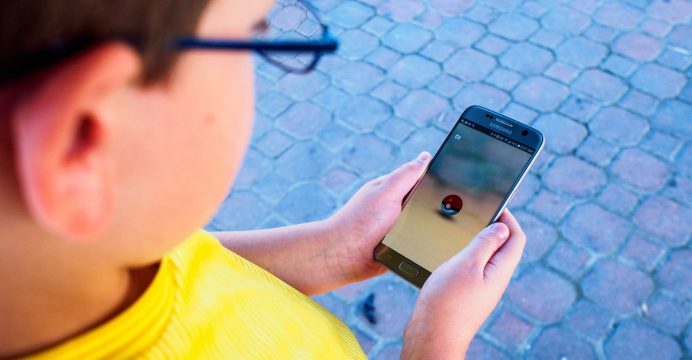 Nintendo has enjoyed its biggest weekly share price gain in more than 30 years following the launch of Pokemon Go. Its stock jumped by 70%, boosting its market value from £13bn to £19.6bn, reports BBC.

Shares surpassed a near-35% rise in August 1989 when the Japanese company launched Dragon Quest, a fantasy role-playing game, in the US.

Pokemon Go, a virtual reality treasure hunt where players hunt monsters that appear on their smartphones, leads the free-to-download app chart. It was made available in the UK this week following its launch in the US, Australia and New Zealand.

It was developed by the Pokemon Company, which is 32% owned by Nintendo, and Niantic, which was spun out of Google last year when the search engine giant announced it was setting up Alphabet as its new parent company.

According to Reuters, John Hanke, chief executive of Niantic,  declined to go into a detailed timeframe for further rollouts but noted that the company’s first location-based augmented reality game Ingress had taken a month or two to reach that number of markets.

His comments helped Nintendo shares on Friday surge another 10 percent, setting a record in daily trading volume for an individual stock on the Tokyo bourse. The shares have climbed 86 percent in just over a week, adding $17 billion in market value.

He confirmed that the game would soon be coming to Japan and that he expects “ultimately to launch” the game in South Korea, where Google’s mapping functions are restricted due to security issues with North Korea.

Hanke said Niantic, which was spun off from Google last year, is working on the mapping issue. “There are solutions to that,” he said.

South Korea is the world’s fourth-biggest gaming market after China, the United States and Japan, according to Amsterdam-based research firm Newzoo.

Since then, the Pokémon Company, Google and Nintendo have invested up to $30m in Niantic to develop Pokemon Go. However, the success of Pokemon Go has not been without controversy.

The US Holocaust Memorial Museum in Washington asked people not to play Pokemon Go on their phones during their visit, branding it “extremely inappropriate”.

The nearby Arlington National Cemetery also warned off Pokemon players. A spokesman said they had not experienced any problems yet, but wanted to pre-empt any issues.

“Playing games such as Pokemon Go on these hallowed grounds would not be deemed appropriate,” cemetery officials said in a statement.

Both locations feature in the new smartphone game.