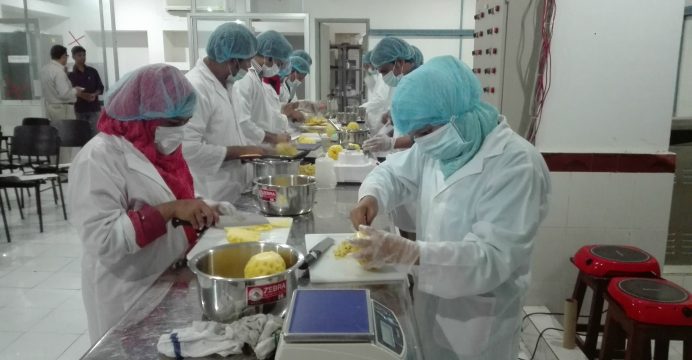 “Not many women can attain a supervisory position in the food industry,” says Suma Begum with a sparkle in her eye.

“Both employers and family members intervene to restrict them.”

Currently working as an Assistant Operation Engineer, supervising quality control at Mymensingh Agro Ltd in Gazipur Suma is proof of how women can prosper through vocational training. Suma grew up and completed her Secondary School Certificate (SSC) in Thakurgaon district in northwest Bangladesh.

When she decided to enroll in college to take a general High School Certificate (HSC) a teacher suggested she take a vocational diploma course instead. 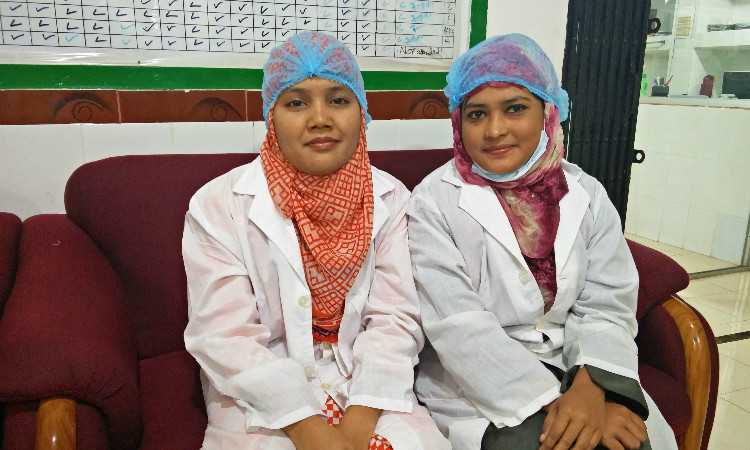 Suma Begum is in the left

Suma had been under the impression that only students weak in their studies chose vocational training.  Luckily for her, a teacher with more awareness of job opportunities suggested she rethink her decision.

He explained that many students opted for vocational diplomas after completing their HSCs when they found it difficult to find a job.

He suggested that she not waste time with an HSC because there was more demand for skills and a diploma could open up opportunities for employment with salaries starting at 10,000-15,000 taka.  Motivated by this advice, she decided to pursue a four-year diploma program.

As a diploma student, Suma faced opposition from society.  Her friends said she had made a poor decision and would be overqualified when she started looking for a spouse. Her aunts taunted her when she woke up for coaching at 5:30 am, perhaps because they felt slighted by her ambition.

Her neighbors said women should take care of the family not spend time selfishly bettering themselves. But Suma’s immediate family was supportive, so she continued.

At one point, her father asked her if she wanted to get married, but she explained, “If I get married after settling into a career, I may get a better proposal!”

Though her father came from a very humble background, he had enough foresight to encourage all four of his children to educate themselves.

“In a small district like Thakurgaon, girls get married at an early age,” explains Suma.

“All my classmates are married. Many of them dropped out of school because of the lack of security. They were not allowed to go to big cities for career development and so they became a burden for their families and were married off. I am lucky that my family gave me their full support.”

Suma now resides in a girl’s hostel provided by the company she works for. She says the diploma put her ahead of her batch mates, many of whom also went on to pursue diplomas after completing their HSCs when they could not find jobs. Through hard work and dedication, she was able to climb the ranks to reach the supervisory position she is at now.

ILO’s Bangladesh Skills for Employment and Productivity (B-SEP) Project, funded by the Government of Canada, aims to make skills in Bangladesh nationally recognized, accessible to all, higher quality and directly linked to jobs.

Tanzina Nitol is an independent researcher working in University of Dhaka, Bangladesh in Deaprtment of Women and Gender Studies