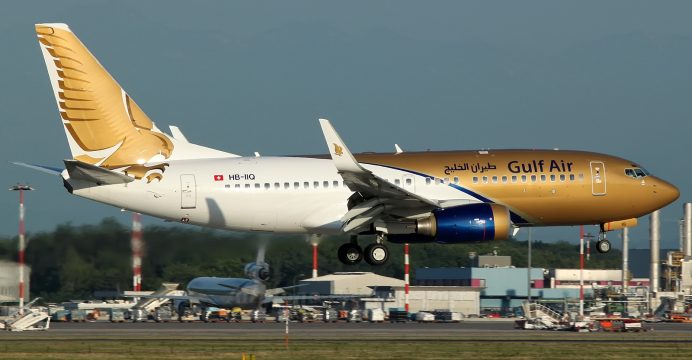 Gulf Air, the national carrier of the Kingdom of Bahrain, celebrated the airline’s inaugural 5 weekly service to and from Dhaka, the capital of the People’s Republic of Bangladesh.

Gulf Air flight GF248 was welcomed into Hazrat Shahjalal International Airport in Dhaka, the biggest airport in Bangladesh, with a water cannon salute and, upon arrival, a celebratory event was held in the airport that saw the attendance of various dignitaries, Gulf Air flight’s captain and crew, Gulf Air’s Country Manager to Bangladesh, Mr. Hussain Ghuloom, and a number of local media and travel industry representatives, alongside official Hazrat Shahjalal International Airport officials.

Flights can be booked online at gulfair.com, by calling the airline’s 24 hour Worldwide Contact Centre on (+973) 17373737, or through any Gulf Air sales offices and approved travel agencies.