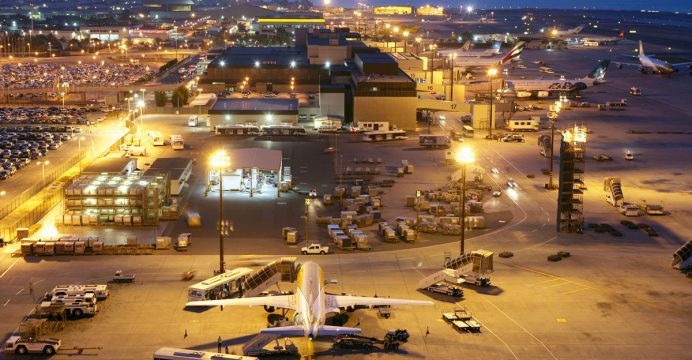 Gulf Air, the Kingdom of Bahrain’s national carrier, has posted its 2015 financial and operational results, revealing a fall of almost BHD40 million in the airline’s annual losses from BHD62.7 million in 2014 to BHD24.1 million in 2015 – equivalent to a landmark 62% reduction.

Commenting on the airline’s record 2015 annual results H.E. Shaikh Khalid bin Abdulla Al Khalifa, Deputy Prime Minister and Chairman of Gulf Air’s Board of Directors said: “I am delighted with these results. 2015 delivered the fruits of Gulf Air’s ongoing holistic business strategy, implemented since the airline’s 2013 restructuring. The airline’s losses in 2012 were BHD196 million and this has fallen, by 2015, by 88% – no mean feat. With an improved performance, an increasingly positive financial trajectory for our national carrier and consistently falling losses, Gulf Air’s positive 2015 developments are visible across a broad spectrum of deliverables and could only have been realised with the support and direction of our leadership, the airline’s Board of Directors, executive management team and global workforce.”

On the airline’s 2015 progress, Gulf Air Chief Executive Officer, Mr. Maher Salman Al Musallam said: “We are further stabilising and strengthening the business in both the short and long term and this has been achievable primarily through the continued dedication and ability of all members of the Gulf Air family. As we successfully eradicate legacy debts, Gulf Air is further enabled to manage its controlled future growth, with the capabilities to further invest in the airline’s ongoing growth and development.”

Throughout the year, Gulf Air focused on its performance turnaround and improving operational results. With an average annual on-time-performance of 89%, the airline remains one of the global leaders in on-time-punctuality, while its commitment to operating to the highest global safety standards saw it successfully complete its biennial IATA Operational Safety Audit (IOSA), keeping the airline on the IOSA registry until May 2017. On the network front, 2015 saw Gulf Air balance its regional stronghold with strategic global links extending to 44 destinations by the end of the year and this was further enhanced by the airline’s continuous, dynamic schedule adjustments across its network in response to passenger demand. Strategically utilizing its fleet capability to cater to the airline’s growing capacity and network requirements, Gulf Air’s fleet underwent specific, targeted product enhancements that were completed by the end of 2015 including the retrofit of the airline’s A330 fleet. Channelling its strong in-house technical expertise, Gulf Air also successfully completed a fully insourced C1 check on its Airbus A321 aircraft at the airline’s base maintenance facility.

Commenting on the airline’s goals for 2016 and beyond Mr. Al Musallam said, “Today, our controlled future growth and expansion capabilities are considerable and being carefully planned by the airline’s management team and Board of Directors. In parallel, Gulf Air’s positive and controlled growth in the forthcoming year and beyond will proceed alongside continued investment to enhance every facet of the Gulf Air passenger experience ensuring that our national carrier continues to showcase and support our Kingdom at home and abroad. While the coming years will be challenging, our noteworthy achievements to date have built a solid foundation for us to move forward.”

Gulf Air’s ongoing recovery, since 2013, and positive steps taken towards realising commercial sustainability, is a testament to the continuous state support received by the airline. The carrier’s annual national budget allocation has supported its strategic development and the allocated funds have, as a result of encouraging trends to date, fallen significantly since the start of the airline’s restructuring strategy in 2013, coinciding with the positive financial and operational results delivered since then.

Gulf Air is among the biggest national companies in Bahrain in terms of employment, in addition to being one of the largest employers of a national workforce – recognised as such on a regional level – with 90% Bahrainisation at the airline’s headquarters. Specific functions, such as cabin crew, pilots and aircraft engineers, within Gulf Air have greater numbers of foreign nationals, recognised and lauded by the airline for their important role in either satisfying a shortage or delivering on the organisation’s mission to diversify its workforce. Greater numbers of foreign workforce are also visible across the airline’s global network of destinations in compliance with local labour laws and regulations.