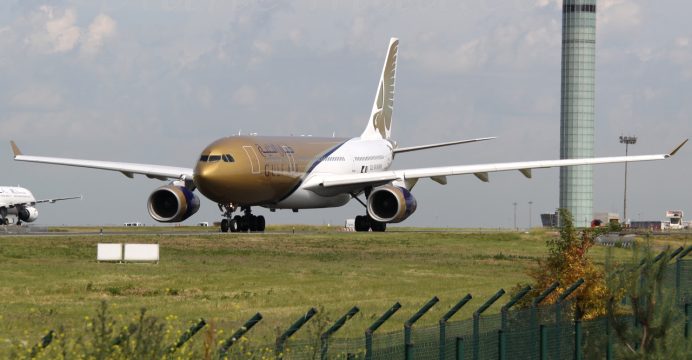 Gulf Air, the Kingdom of Bahrain’s national carrier, recently celebrated the 40th anniversary of its direct operations to/from the city of Larnaca in the Republic of Cyprus, giving a number of regional media members the opportunity to explore the Mediterranean island with a familiarization trip jointly hosted by The Cyprus Tourism Organization.

With the aim of promoting one of the airline’s key network destinations, participants had the opportunity to experience Gulf Air’s onboard and on-the-ground offering including the airline’s premium onboard product and its dedicated Gulf Air Falcon Gold Lounge at Bahrain International Airport. Additionally, the familiarization trip included tailored tours to a number of Cypriot cities including Larnaca, Paphos and Limassol giving participants an insight into what Cyprus has to offer such as historical and cultural sites, nature reserves, beaches and mountain activities as well as luxury accommodation and rich culinary options.

Launched in 1976, Gulf Air’s direct five weekly flights to and from Larnaca International Airport depart Bahrain on Sundays, Tuesdays, Wednesdays, Thursdays and Saturdays. Boasting one of the largest Middle East networks with double daily flights or more to 10 regional cities, Bahrain’s national carrier is well positioned to link the Gulf region and Cyprus with excellent connectivity via Bahrain International Airport in less than 90 minutes. Gulf Air flights can be booked online at www.gulfair.com, by calling the airline’s 24 hour Worldwide Contact Centre on (+973) 17373737, or through any Gulf Air sales office and approved travel agencies.