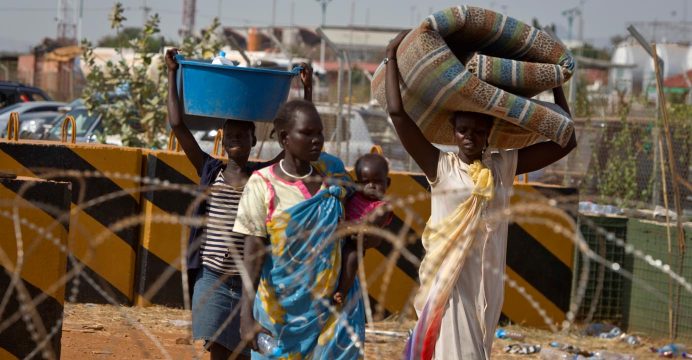 IOM has condemned the violence that broke out in South Sudan’s capital Juba days after the country’s fifth anniversary of independence and welcomed a ceasefire declared yesterday by the warring factions.

President Salva Kiir and Vice President Riek Machar ordered their respective forces to disengage on Monday (11/7), following some of the heaviest fighting since the outbreak of violence on Thursday (7/7).

The announcement of a ceasefire came as UN Secretary General Ban Ki-Moon called on the Security Council to impose an “immediate arms embargo” on the world’s youngest independent state.

The violence escalated dramatically on Friday (8/7), leading to reports of several hundred casualties. Following a relative calm on Saturday (9/7), heavy fighting resumed on Sunday (10/7), spreading through the town and continued through yesterday until the ceasefire was announced.

In a statement yesterday (10/7), IOM Director General William Lacy Swing said: “IOM is deeply concerned by the resumption of violence in Juba five years after independence. Many civilians have been displaced by conflict and are directly threatened by the violence that has taken place since last Friday.” 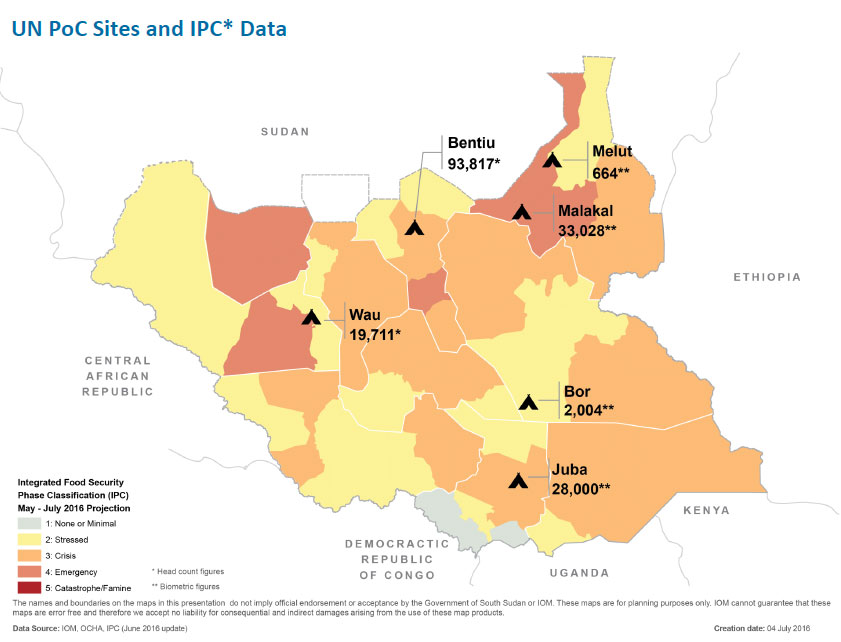 Ambassador Swing called on both parties to urgently restore security by immediately disengaging their forces and engaging in dialogue. He reiterated that IOM and its humanitarian partners must be allowed to continue their lifesaving work in a secure environment with unrestricted access to some 1.61 million internally displaced persons (IDPs) in desperate need of humanitarian aid and support.

The exact scale of civilian casualties and population displacement caused by the fighting is still unclear, as aid agencies do not yet have full access to affected populations due to ongoing insecurity.

Heavy fighting was reported yesterday in the area of the UN peacekeeping base known as UN House, located on the outskirts of Juba. Approximately 28,000 IDPs have been sheltering at UN House since civil war erupted in South Sudan in December 2013. More people have fled to the base to escape the latest violence.

The UN has strongly condemned the conflict and IOM stands ready to provide lifesaving assistance as soon as access becomes possible.

This is not the first wave of violence to grip South Sudan in recent weeks. On 24 June, heavy fighting broke out in the northwest town of Wau, forcing an estimated 19,700 people to flee to the nearby UN (UNMISS) base and displacing thousands more in the town and outlying villages. IOM sent a surge team to Wau on 26 June and is providing multi-sector humanitarian assistance in coordination with partners.

Since civil war erupted in South Sudan on 15 December 2013, over 1.61 million people have been displaced internally and 719,200 have fled to neighbouring countries. The UN estimates that 6.1 million people are in need of humanitarian assistance this year due to displacement, severe food insecurity and economic failure.