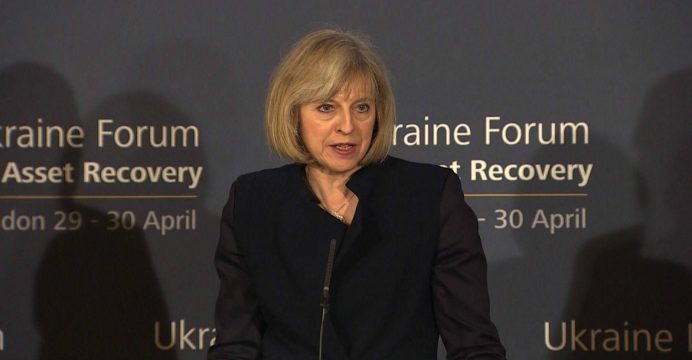 Theresa May on Wednesday to be the prime minister of Britain

Theresa May on Wednesday will become the prime minister who leads Britain into talks to quit the European Union, after her last rival in the bid to succeed David Cameron pulled out, reports BSS.

May became the only contender after Andrea Leadsom — who had stirred a storm for suggesting she was more qualified to be premier because she had children — abruptly quit the race on Monday.

Cameron later announced May would take over from him on Wednesday, when he will to go to Queen Elizabeth II and tender his resignation after one final Prime Minister’s Questions session in parliament. 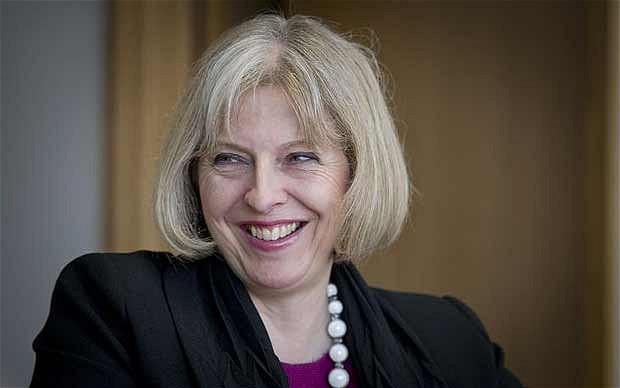 “We’ll have a new prime minister in that building behind me by Wednesday evening,” he said in a statement outside 10 Downing Street.

Accompanied by her banker husband Philip and surrounded by supportive MPs, a smiling May later stressed the need “to negotiate the best deal for Britain in leaving the EU” in brief comments outside parliament.

The outcome prompted Cameron to step down, plunging his ruling Conservative party into a bitter leadership race. At the same time, the head of the main opposition Labour party, Jeremy Corbyn, is also facing a challenge to his job.

“I am now putting the whole of the party on a general election footing,” Trickett added.

FALL OF THE BREXITEERS

While May supported Britain staying in the EU, she cut a low profile during the referendum campaign and insists she will honour the popular vote, stressing: “Brexit means Brexit”.

May wants to begin formal talks to leave the EU by the end of the year at the earliest, despite pressure from Brussels to speed things up.

Jeroen Dijsselbloem, the Dutch finance minister who heads the Eurogroup of his 19 eurozone counterparts, reiterated calls for the transfer of power to take place as soon as possible.

“The sooner we can sort out — let me say it diplomatically — this problematic situation, the better,” Dijsselbloem told reporters.

The pound, which hit a 31-year low following the Brexit vote, briefly rose after Leadsom, a pro-Brexit figure with no senior ministerial experience, withdrew from contention to be prime minister. Many British newspapers welcomed May’s coronation.

“The UK desperately needs a period of stability in which a new government led by Mrs May can devise a plan for withdrawing from the EU,” the Financial Times said in an editorial.

The Guardian hailed May’s “fast track to No 10” in its front page headline. The 59-year-old will be Britain’s second female prime minister after Margaret Thatcher, who was in office from 1979 to 1990.

May has portrayed herself as a unifying leader and tough negotiator who can stand up to Brussels in the talks over Britain’s exit from the 28-nation bloc.

On the latest in a string of recent astonishing days at Westminster, Eagle also launched her bid to take over the Labour leadership.

Corbyn, a veteran socialist supported by many grassroots members, has lost the confidence of at least three-quarters of his MPs, many of whom accuse him of lacklustre campaigning to stay in the EU.

Eagle, who is from Labour’s “soft” left, said Britain faced “dangerous times”. Of the referendum, she added: “This vote was a message for millions in our country who felt that no one had listened to them for a very long time”.

There is still much uncertainty about how the Labour leadership contest will work. Central to the race will be a decision by Labour’s governing National Executive Committee (NEC) about whether Corbyn automatically gets his name on to the ballot or needs to secure 51 lawmakers’ nominations, which he could struggle to do.