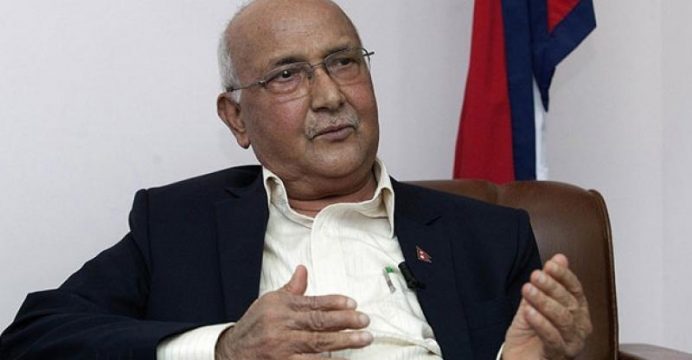 Former rebel Maoists of Nepal withdrew from the ruling coalition﻿

Nepal’s former rebel Maoists withdrew from the ruling coalition on Tuesday, leaving the government without a majority and threatening to plunge the quake-hit country into a fresh political crisis, reports BSS.

The Maoists, who hold 80 out of 575 elected seats in parliament, said they wanted to form a “national consensus government” to implement a divisive new national constitution introduced last September.

Cracks began to appear in the coalition two months ago when they threatened to topple Prime Minister K.P Sharma Oli’s government.

But on Tuesday Maoist chief Pushpa Kamal Dahal said they were pulling out of the government, leaving Oli’s coalition without a majority.

Dahal said his decision emerged out of the failure to implement an agreement to withdraw civil war cases from Nepal’s courts and offer amnesty to people accused of abuses during the country’s decade-long Maoist insurgency.

“Since the present leadership of the government is not ready to implement the nine-point agreement… it is politically inappropriate for us to continue participating in this government,” Dahal wrote in a letter to the prime minister seen by reporters.

“Our party believes that we need national consensus in the country for the acceptance and implementation of the constitution,” said Dahal, better known by his nom-de-guerre Prachanda.

Oli’s party currently holds 175 elected seats in parliament, far less than the 299 needed to win a vote of confidence. The prime minister has faced fierce criticism over his handling of protests against the new charter, which triggered a months-long border blockade in southern Nepal by demonstrators from the Madhesi ethnic minority.

More than 50 people died in clashes between police and protesters, who said the constitution left them politically marginalised.

Kathmandu accused New Delhi of imposing an “unofficial blockade” on the impoverished landlocked nation in support of the Madhesis, who share close cultural, linguistic and family links with Indians across the border.

The new constitution, the first drawn up by elected representatives, was meant to cement peace and bolster Nepal’s transformation to a democratic republic after decades of political instability and a Maoist insurgency that ended in 2006. But ongoing discussions between the government and protesters over the charter have failed to yield an agreement.