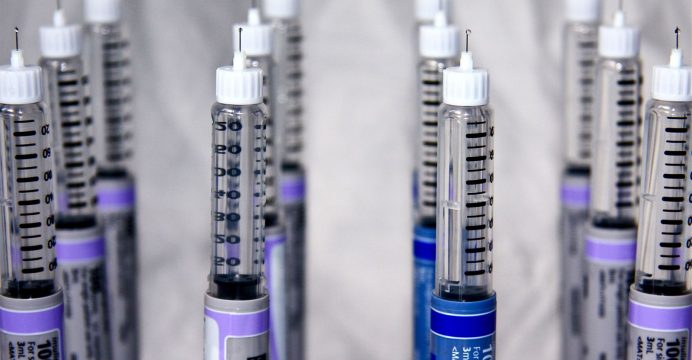 Takeda Pharmaceutical Company Limited, (“Takeda”) announced the publication of a post-hoc analysis from the global EXAMINE (EXamination of CArdiovascular OutcoMes: AlogliptIN vs. Standard of CarE in Patients with Type 2 Diabetes Mellitus and Acute Coronary Syndrome) cardiovascular (CV) safety outcomes trial (CVOT), which suggested that in patients with Type 2 diabetes and recent acute coronary syndrome (ACS), the risk of death, including CV death, was not higher with the dipeptidyl peptidase-4 (DPP-4) inhibitor alogliptin compared to placebo during a median follow-up period of 18 months.Trial results reported that in both groups of patients the occurrence of an additional non-fatal CV event, including myocardial infarction (MI), stroke, and unstable angina, was common and increased the risk of death, particularly after hospitalization for heart failure (HHF). This data was presented at the American Diabetes Association’s 76th Scientific Sessions, and also published in Diabetes Care.

“Heart disease, or CV disease, is the leading cause of death in patients with Type 2 diabetes, and is responsible for between 50 and 80 percent of deaths in people with diabetes, so it’s critical we have a clear understanding of the impact these medications have on patients with Type 2 diabetes who are at a high risk for CV diseases such as those involved in EXAMINE,” said William B. White, MD, Professor, Calhoun Cardiology Center, University of Connecticut School of Medicine, Farmington, Connecticut, U.S., on behalf of the EXAMINE Steering Committee and Investigators. “The post-hoc analysis indicates that mortality, including CV mortality, was not higher with alogliptin versus placebo when studied for 18 months. These data provide additional important information for the healthcare professional in evaluating treatments for people living with Type 2 diabetes.”

Takeda will be presenting eight abstracts at the meeting, including a post-hoc analysis from the EXAMINE trial studying the tolerability of alogliptin as a triple therapy with metformin and sulfonylureas (SU). It compared 550 patients treated with alogliptin, metformin, and a SU, to 505 patients treated with placebo, metformin and a SU, and followed patients for up to 40 months (median 18 months). The analysis reported that there was no significant difference in hypoglycaemia (8.8% alogliptin vs. 6.7% placebo, p=0.161) or serious hypoglycaemia (1.30% alogliptin vs. 0.43% placebo, p=0.088), and had suggested that the triple therapy was effective and well tolerated.