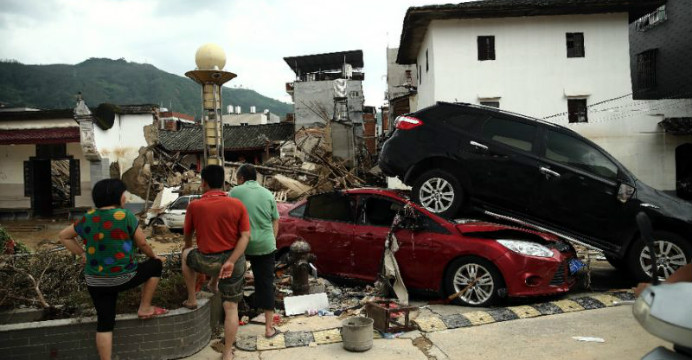 Super Typhoon Nepartak brought chaos to Taiwan on Friday, forcing more than 15,000 people to flee their homes as part of the island saw its strongest winds in over a century.

It had weakened into a tropical storm by the time it made landfall in Fujian province on Saturday, but still wreaked havoc. 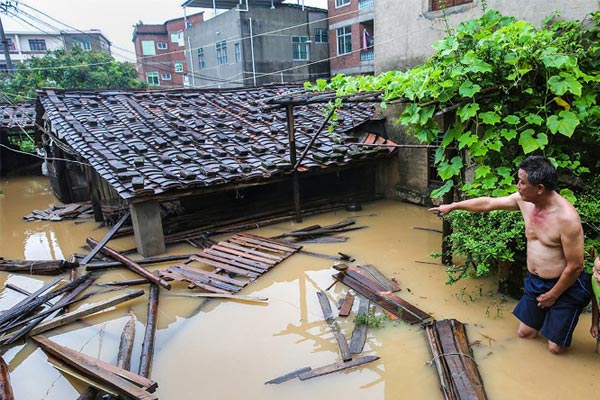 By late Sunday more than 200,000 residents in 10 mainland cities had been temporarily relocated and some 1,900 homes destroyed, the official Xinhua news agency said, citing the civil affairs ministry.

Six people had been reported dead and eight missing, it added, with direct economic losses estimated at 860 million yuan ($129 million).

Power was cut for hundreds of thousands in Fujian, while five airports were closed and hundreds of high-speed train journeys cancelled, the Global Times newspaper reported Monday.

China’s national meteorological centre on Monday put out a blue alert for heavy rain across 14 provinces and regions — the lowest in a four-tiered warning system.