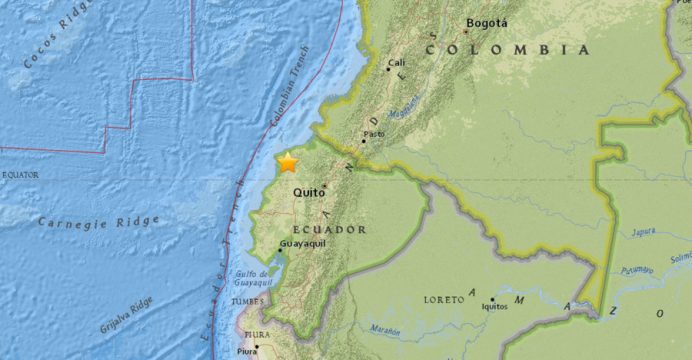 A strong 6.4 magnitude earthquake struck northern Ecuador on late Sunday in the same area devastated by a powerful quake in mid-April, the US Geological Service said, reports BSS.

Its epicenter was 41 kilometers (25.5 miles) south of the town of Propicia — located next to the quake-devastated coastal town of Esmeraldas — and 154 kilometers (96 miles) northwest of the capital Quito, the USGS said.

The quake, which struck at 9:11 pm (0211 GMT Monday), was preceded just minutes earlier by a 5.9 magnitude quake with an epicenter one kilometer away. 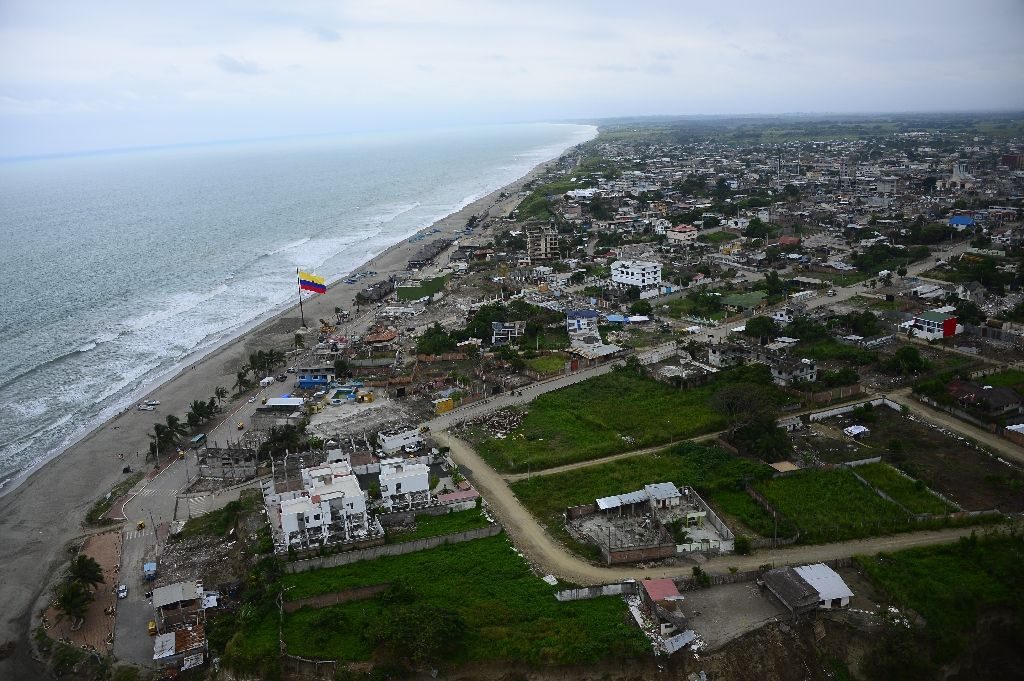 Aerial view of the town of Pedernales in northern Ecuador

There were no immediate reports of casualties or damage. Earthquake monitors in Ecuador had slightly different readings on the magnitude of the quakes.

The epicenter of both tremors was at a shallow depth of 35 kilometers, the USGS said. Ecuador is still reeling from a deadly 7.8-magnitude quake that struck on April 16, killing some 700 people.

The quake flattened homes and buildings up and down a long stretch of Pacific coast, reducing picturesque resort towns to rubble.