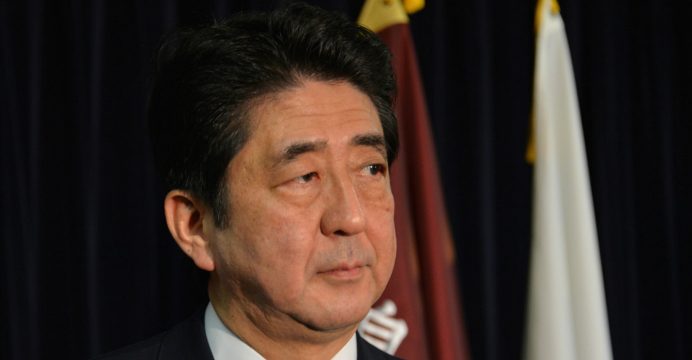 Voters backed the hawkish premier, despite a lackluster economic performance, handing his Liberal Democratic Party (LDP) and its allies control of more than half of the upper house of parliament.

Analysts say with the support of small nationalist parties, Abe may now have the numbers to push through a change to the constitutional bar on Japanese troops waging war.

“I’m relieved that we were able to secure more than… half the seats contested,” Abe told private broadcaster TBS Television on late Sunday. 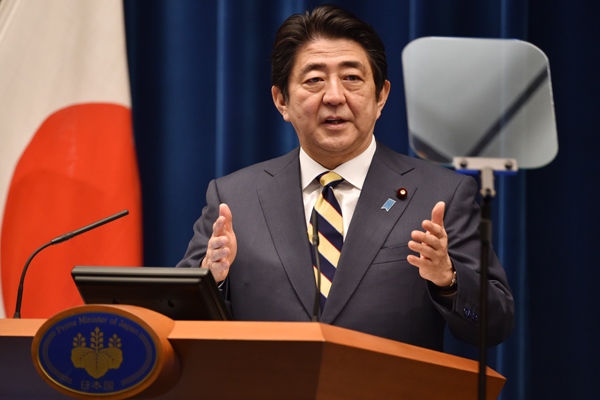 The provisions are popular in the public at large, but reviled by right wingers like Abe, who see them as outdated and punitive.

Early results from Sunday’s vote show the LDP and its Buddhist-backed allies, Komeito, now occupy more than half — at least 147 — of the seats in the upper chamber of parliament.

With backing from fringe parties that also favour consitutional change, Abe could now have the two-thirds majority that he needs in both houses to push through an amendment to the country’s basic law.

However, observers point out that corralling support for a revision from coalition partners who have traditionally shied away from nationalist posturing could be difficult.

And the proposal would still face a referendum, with pollsters saying the vast majority of the public are wary of any softening of the country’s pacifist stance.

The conservative mass circulation Yomiuri Shimbun daily described the expansion of the pro-amendment bloc as “progress” but expressed caution about prospects for change.

“It is too early for an amendment proposal to be realistic as opinions on specific revision points vary between parties,” it said Monday in an editorial.

Abe had played down his constitutional ambitions during the campaign, preferring to stress his management of the economy.

The 61-year-old was swept to power in 2012 on a promise of kickstarting growth after decades of lassitude and under performance.

Despite massive fiscal stimulus, his “Abenomics” programme has largely failed to deliver, having done little more than weaken the value of the yen — which is now back on the rise.

But voters appeared to hold out little hope for the dissolute opposition to do a better job, and Abe seems to have benefited from his incumbency and perceived competence. Investors cheered the result Monday, with expectations high he would unleash yet more stimulus.

Speaking on late Sunday, Abe said the election was a vote of confidence in Abenomics, and downplayed the consitutional issue.

“I don’t think voters were asked to express pros and cons on the constitution in this election,” he said.

“My term lasts for two (more) years, but it is also the goal of the LDP,” he said of amending the country’s basic law. We will sit down and tackle the issue.”