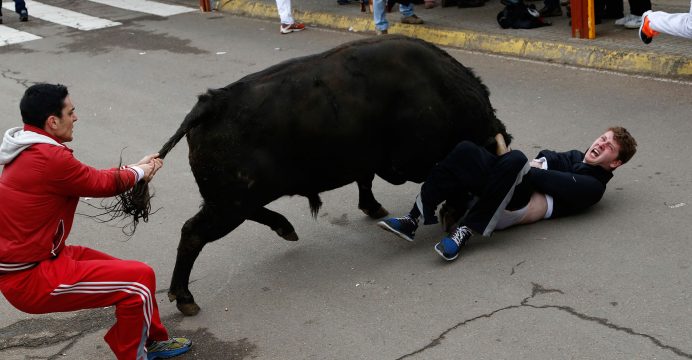 The fifth run of Pamplona’s week-long bull-running festival on Monday saw only a handful of injuries and no gorings during a quick, 3-minute and four-second dash through the northern Spanish city.

The nine-day San Fermin summer festival, during which half-tonne, specially-bred bulls chase runners in red scarves through Pamplona’s narrow, cobbled streets, is the most famous of many across Spain and attracts thousands of revellers , reports Reuters.

Five runners were taken to hospitals for general injuries after the near one-kilometer chase on Monday in which bulls from the Jandilla ranch took part, the Red Cross said.