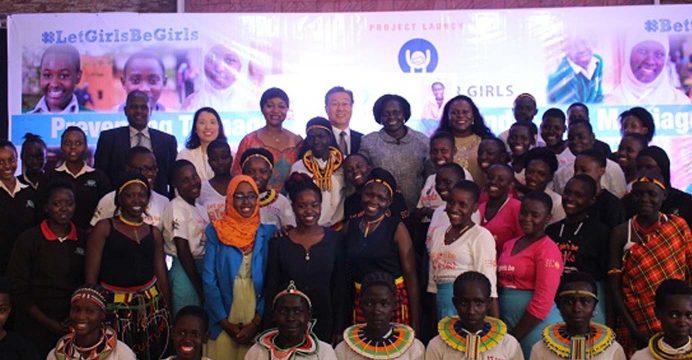 A new multi-sectoral initiative to accelerate action to prevent teenage pregnancy and child marriage will help protect the rights of thousands of girls in Uganda.

The Better Life for Girls (BL4G) Initiative in Uganda will advance efforts to prevent teenage pregnancy and under-age marriage so as to reap the girl effect dividend. The initiative was presented by the President of the Republic of Korea (South Korea), H.E. Park Geun-hye at the launch of the UN Sustainable Development Summit in September 2015. 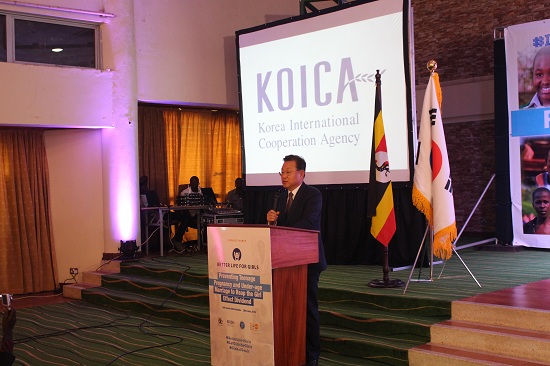 “As part of the contribution to the global agenda of the Sustainable Development Goals, the Government of the Republic of South Korea pledged 200 million US dollars over the next five years (2016-2020) to support the most vulnerable group – adolescent girls,” said the H.E. Park Jong-Dae, the Ambassador of the Republic of Korea to Uganda. “Better Life for Girls Initiative pays targeted attention to girls’ education, health and profession.”

Through Korea International Cooperation Agency (KOICA), Uganda is receiving 5 Million US dollars for a period of two and a half years. The fund will be coordinated by the United Nations Population Fund (UNFPA), supporting Government of Uganda to strengthen national capacity to deliver improved sexual and reproductive health outcomes and social economic empowerment for adolescent girls. Interventions will be implemented in 14 districts in Karamoja and Eastern regions of Uganda including Amuria, Bududa, Butaleja, Iganga, Kapchorwa, Katakwi, Mayuge in Eastern Uganda and Abim, Amudat, Kaabong, Kotido, Moroto, Nakapiripirit, Napak in the Karamoja region. 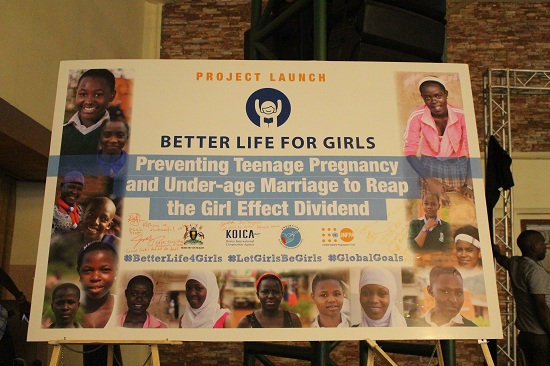 “We are sincerely grateful for this contribution from the Government of South Korea which brings together different sectors including Ministry of Health, Ministry of Education, Ministry of Gender, as well as different stakeholders including families, communities, religious and cultural institutions, civil society, and of course young people to accelerate action to prevent teenage pregnancy and end child marriage,” Said Hon. Sarah Opendi, Minister of State for Health (General Duties).