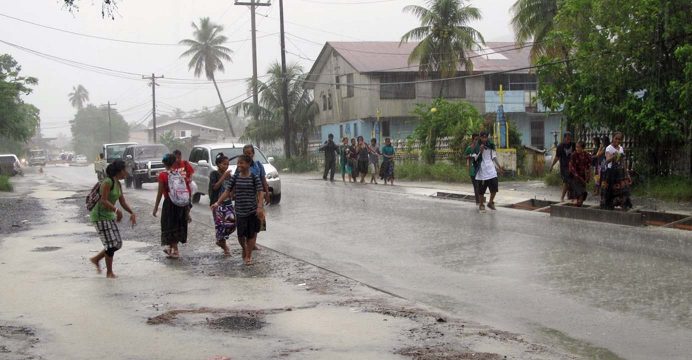 Government Spending Review for the Federated States of Micronesia

Long term growth and stability as well as improved health and education services are the focus of a new report, released today, analyzing Government spending for the Federated States of Micronesia (FSM). Prepared at the request of the government, the Public Expenditure Analysis provides a series of both medium and long-term recommendations to stand the FSM economy in good stead for the year 2024 and beyond.

“We’re committed to delivering the best services possible for all the people of Federated States of Micronesia and, while our current spending and growth remains strong, as a small country we will always be vulnerable to external factors, including global economic shocks,” said Sihna Lawrence, Secretary for the FSM Department of Finance and Administration. “Because of this, we’re reviewing how we spend, to make sure it goes to where it’s needed as efficiently and effectively as possible.”

The FSM is one of the smallest countries, and among the most remote in the world, making the economy highly vulnerable to global market changes. Over the past five years the economy has contracted by an average of 0.2 percent and while the government currently receives significant funding from the United States under the Compact of Free Association, these grants are expected to finish in 2023.

Government spending across key sectors, including health and education, is high compared to similar economies, however outcomes are weak when compared to its neighbours and unequal across all four states. Poverty has also increased in recent years, with 1 in 10 people living below the food poverty line and 4 out of every 10 people not being able to afford basic needs.

“We’re committed to supporting the Government of the FSM in achieving their development objectives and this spending review is a part of that,” said Lucy Pan, Economist for the World Bank. “The report sets a good foundation to start a conversation between the government, stakeholders and development partners to strengthen the FSM economy for the future.”

The Public Expenditure Analysis will be the focus of a series of meetings between World Bank officials and Government of the FSM representatives during week-long visit. The report and its recommendations follow on from the FSM Country Partnership Framework and the World Bank’s FSM poverty analysis.