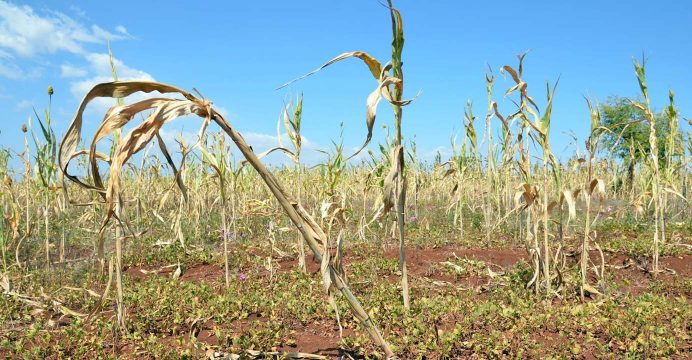 Crop failure puts millions at risk in Ethiopia and beyond

The issue of climate change and the extent to which it is caused by humans has been subject to high profile controversy in the media over the years. No matter where you sit in relation to this issue, however, there are certain facts that can’t be denied.

Unpredictable weather phenomena are causing chaos in agricultural cycles in parts of the world. Extreme droughts and floods are having a devastating impact on food production, and to communities who are largely dependent on subsistence farming, this is proving catastrophic.

El Niño, which occurs every two to seven years, leads to an increase in temperature of waters the central and eastern Pacific Ocean. While this is a natural phenomenon, studies suggest that its recurrence is becoming more frequent and intense as a result of climate change. The upshot is, certain parts of Africa, Latin America, the Pacific and Asia have been experiencing extreme weather events in the last year – including droughts and flooding – which are having a huge impact on food production and farming.

Over 60 million people are now affected by droughts attributed to the El Niño effect. The majority of those – approximately 50 million – are in east and southern Africa.

Ethiopia is heavily reliant on agriculture: 85 percent of Ethiopians rely on subsistence farming; and 95 percent of the country’s agricultural production takes place on small family holdings of one hectare or less. Agriculture accounts for more than half the country’s GDP and as much as 90 percent of exports and employment. The failure of the last two rainy seasons and the subsequent drought, have severely affected food production – and the consequences are dire.

While the Ethiopian government has significantly invested in resilience and adaptation schemes to mitigate against the effects of this drought, the sheer scale of the crisis has overwhelmed its ability to effectively respond without external assistance. There is currently a €628 million shortfall in the funding necessary to adequately meet the needs of the 10.2 million people affected by this crisis.

Concern has worked in Ethiopia since 1973 in the areas of emergency response, resilience building and sustainable development targeting the poorest communities living in chronically food insecure areas of the country.