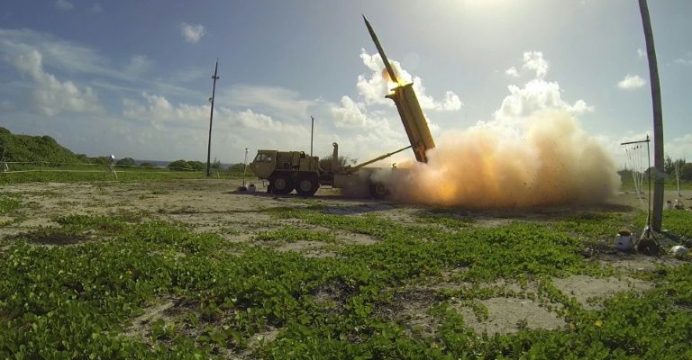 North Korea on Saturday appeared to have test-fired a submarine-launched ballistic missile (SLBM), Seoul’s defence ministry said, a day after the US and South Korea decided to deploy an advanced missile defence system in the South, reports BSS.

The launch from a submarine was apparently successful but the missile failed in the early stage of flight, the South Korean defence ministry said in a press statement.

It said the North launched “what was believed to be an SLBM” from waters off the northeastern port of Sinpo at around 11:30 am (0230 GMT). 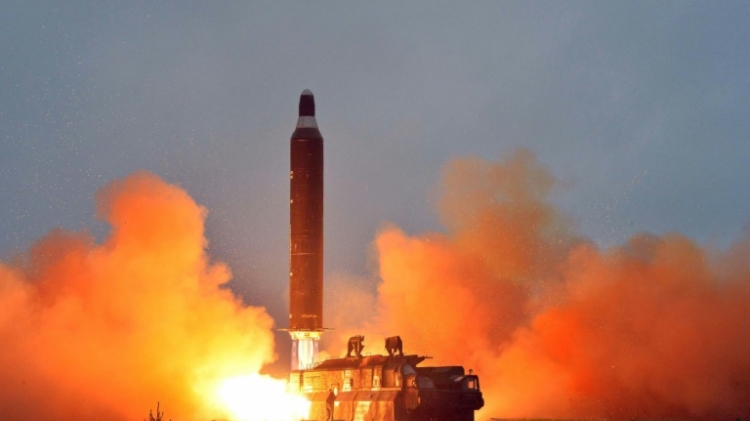 Yonhap news agency said the missile, launched from a 2,000-tonne Sinpo-class submarine, reached an altitude of some 10 kilometres (six miles) before exploding in midair.

North Korea previously fired an SLBM on April 23 in a test hailed as an “eye-opening success” by leader Kim Jong-Un, who at the time declared his country had the ability to strike Seoul and the US whenever it pleased.

“North Korea has been persistent in violating UN resolutions by launching ballistic missiles continuously,” the defence ministry in Seoul said.

It noted that the North carried out back-to-back tests of a powerful new medium-range missile on June 22, which sparked swift international condemnation.

The two missiles achieved a significant increase in flight distance over previous failed launches and were believed to be of a much-hyped, intermediate-range Musudan missile — theoretically capable of reaching US bases as far away as Guam, the ministry said in June.

“We strongly condemn such provocative acts”, it said on Saturday.

“We don’t consider the missile launch to be anything that would immediately affect Japan’s national security directly. We have to cooperate with the international community and condemn North Korea,” he told public broadcaster NHK.

The new launch came after Seoul and Washington announced their decision to deploy the Terminal High Altitude Area Defence system, or THAAD, to the Korean peninsula and the North warned US sanctions against its leader amounted to a “declaration of war”.

Tensions have soared since Pyongyang carried out its fourth nuclear test in January, followed by a series of missile launches that analysts said show the North is making progress toward being able to strike the US mainland.

The plan to deploy the powerful THAAD system in South Korea has angered Beijing and Moscow, which both see it as a US bid to flex military muscle in the region.

News of the deployment came after the US on Wednesday placed “Supreme Leader” Kim on its sanctions blacklist for the first time, calling him directly responsible for a long list of serious human rights abuses.

Pyongyang lashed out at Washington on Friday, warning North Korea would instantly cut off all diplomatic channels with the US if the sanctions were not lifted.

The North’s foreign ministry called the sanctions against Kim “the worst hostility and an open declaration of war”, vowing to take “the toughest countermeasures to resolutely shatter the hostility of the US”.

It said any problem arising in relations with the US would be handled under its “wartime law”. North Korea often issues bellicose statements against the US, but the reference to “wartime law” is rare and analysts warned of more sabre-rattling to come over the sanctions.