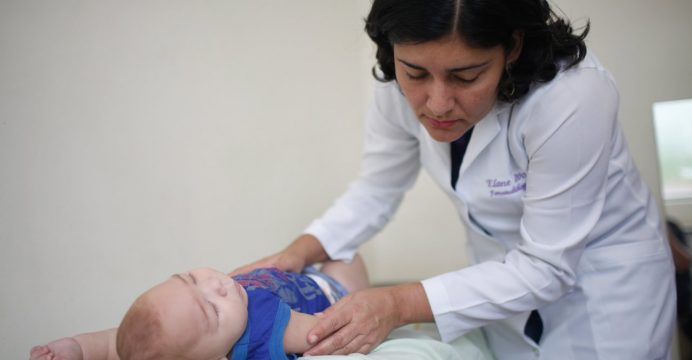 El Salvador confirmed on Friday a second case of a baby born with microcephaly linked to the Zika virus, the mosquito borne disease that can cause the serious birth defect and other severe fetal brain defects.

Elmer Mendoza, an epidemiologist at the Health Ministry’s Research Unit, said a newborn girl in the state of Ahuachapan, 64 miles (103 km) west of the capital, had tested positive for microcephaly, but the baby was stable. He was speaking on the sidelines of an El Salvador Health Ministry event, reports Reuters.

“She is well … We know that it is moderate microcephaly,” Mendoza said. “Zika came out positive.” According to officials in the poor Central American country, there are 308 pregnant women suspected of having been infected with Zika, of which 118 gave birth to babies without a birth defect. Authorities have said the number of cases might increase.

U.S. health officials have concluded that Zika infections in pregnant women can cause microcephaly, which is marked by small head size that can lead to severe developmental problems in babies.