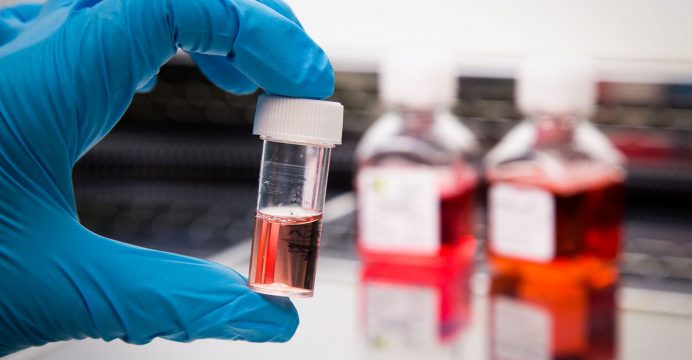 Janssen Research & Development, LLC (Janssen) announced  results from a pivotal Phase 3 study evaluating subcutaneous sirukumab (CNTO 136), a human anti-interleukin (IL)-6 monoclonal antibody in development for the treatment of adults with moderately to severely active rheumatoid arthritis (RA). Data from the Janssen-sponsored trial of 1,670 patients showed patients receiving sirukumab demonstrated significant inhibition of radiographic progression, or joint destruction, from baseline to week 52 and improvement in signs and symptoms of RA at week 16, the study’s co-primary endpoints, when compared with patients receiving placebo. Sirukumab is being co-developed as part of a collaboration with GSK. These data are being presented for the first time at the Annual European Congress of Rheumatology (EULAR 2016). The SIRROUND-D study met both co-primary endpoints evaluating treatment with sirukumab in adult patients with active RA who had an inadequate response to treatment with disease-modifying anti-rheumatic drugs (DMARDs):

“The results from this Phase 3 study showed significant inhibition of the progression of joint damage for sirukumab and improvements in the pain and inflammation patients with rheumatoid arthritis experience when not adequately controlled with traditional disease-modifying agents. Treatments that may allow rheumatologists to limit the progression of the disease from causing permanent joint damage are valuable in the management of a chronic inflammatory condition like rheumatoid arthritis,” said Tsutomu Takeuchi, Professor of Medicine, Division of Rheumatology and Clinical Immunology, Keio University School of Medicine, Tokyo, Japan. “We look forward to forthcoming data from ongoing Phase 3 programs to better understand the efficacy and safety of sirukumab in a broader and more diverse rheumatoid arthritis patient population.”

In the 18-week control period, the proportion of patients experiencing adverse events (AEs) and serious AEs, respectively, was higher with sirukumab 50 mg (79.6 percent and 11.0 percent) and sirukumab 100 mg (80.2 percent and 9.8 percent) versus placebo (65.5 percent and 6.8 percent), with the most common AEs being (at least 8 percent) elevated liver enzymes, upper respiratory tract infection, injection site erythema and nasopharyngitis. Through week 52, types of AEs and SAEs were similar to placebo. Prior to week 18, the formal placebo-controlled period, three patients died, one in each treatment group (placebo, sirukumab 50 mg and sirukumab 100 mg). From week 18 to week 52, there were eight deaths: three in the group originally on placebo that switched to sirukumab 50 mg, three in the sirukumab 50 mg and two in the sirukumab 100 mg. Long-term safety and efficacy data are currently being collected in ongoing extensions of the three Phase 3 trials.

“Janssen is committed to advancing therapeutic options for people living with RA and for rheumatologists,” said Newman Yeilding, M.D., Head of Immunology Development, Janssen Research & Development, LLC. “We believe sirukumab will represent an important option for the rheumatology community, and we look forward to presenting additional data from the comprehensive Phase 3 development program in the future as we work towards global regulatory submissions this year.”