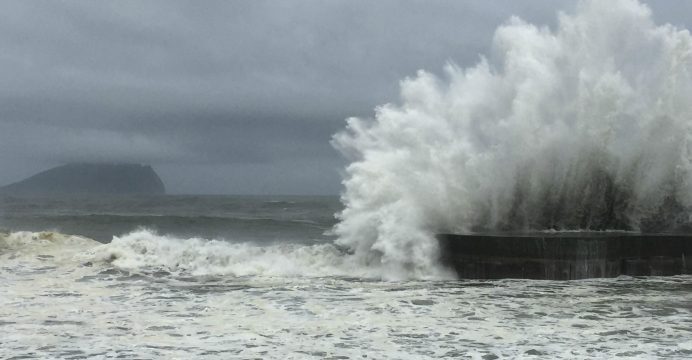 Super Typhoon Nepartak lashed Taiwan with powerful winds and torrential rain as it made landfall on Friday, injuring dozens and forcing more than 15,000 to evacuate their homes as the island cancelled hundreds of flights and shut offices and schools, reports BSS.

Packing gusts of up to 198 kilometres per hour (123 miles per hour), it landed at Taimali township in eastern Taitung county shortly before 6:00 am (2200 GMT Thursday) and was moving northwest across the island.

One man drowned off a beach in Hualien county on Thursday, according to an official tally, with another 66 people injured so far, mostly by falling objects. 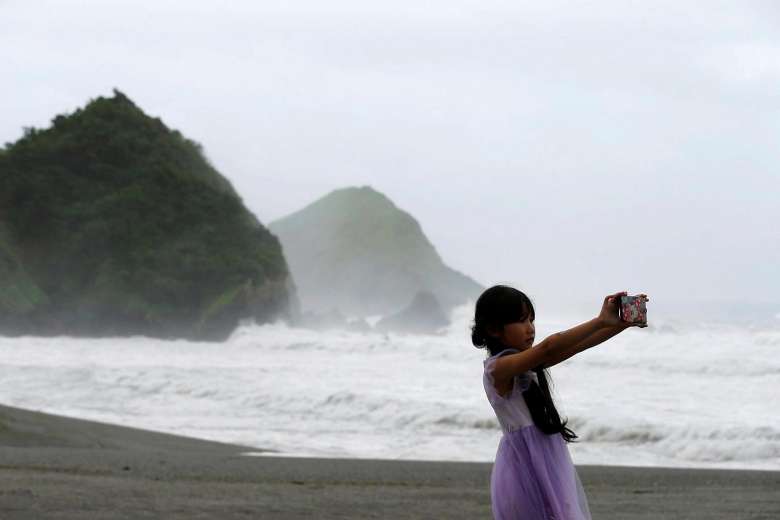 Waves are seen behind a girl as Typhoon Nepartak approaches, in Yilan, Taiwan * PHOTO: REUTERS

Fallen shop signs and toppled trees littered the streets, while a cargo train car was blown off the tracks in Taitung, TV showed.

More than 15,000 people have been moved from their homes which were prone to landslides or flooding and about 3,700 of them were in shelters.

Nearly 4,000 people evacuated were in New Taipei City, which includes Wulai, a popular hot spring area near the capital which was cut off for days after Typhoon Soudelor ravaged Taiwan last August.

As many as 331,900 households lost power due to the storm, with close to 255,000 without electricity as of Friday morning. The government said financial markets, schools and offices would all be closed Friday.

The railway will be closed for most of the day. Nearly 4,400 soldiers have been deployed around the island along with hundreds of vehicles, with another 35,000 troops on standby to help with evacuations and disaster relief.

The weather bureau said the storm had weakened slightly after making landfall but would continue to dump torrential rain across the island for much of Friday.

Mountainous areas may get as much as 900 millimetres (36 inches) of rain in total. The storm had a radius of 200 kilometres and was moving at a speed of 13 kilometres an hour.

“It is expected the strength of this typhoon will continue to weaken and slow down in speed,” the weather bureau said.

It is forecast to hit southern China after battering Taiwan. Last year Super Typhoon Dujuan killed three people and left more than 300 injured in Taiwan, leaving a trail of destruction.

In 2009, Typhoon Morakot devastated the island, killing more than 600 people, most of them buried in huge landslides in the south.