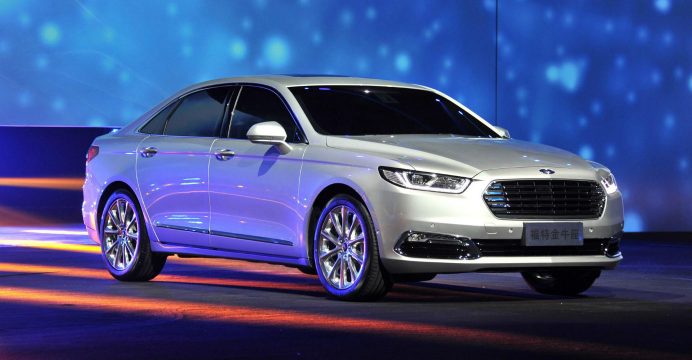 Ford to continue strong performance in China with vehicle sales

Ford Motor Company continued its strong performance in China with vehicle sales in the first half for Ford, Lincoln and its joint ventures reaching 577,097 vehicles, a 6 percent increase compared to the same time last year.

Vehicle sales for Ford and its joint ventures in the first half were up 5 percent over last year to 564,647, with June accounting for 85,105 units sold. June results were 3 percent higher than June 2015.

“We continue to see solid growth in China during the first half,” said Dave Schoch, Ford Motor Company group vice president and president of Asia Pacific.

“Even as the pace of growth slows and the market matures, customers continue to respond well to our products, particularly our world-class SUV lineup.”

Demand for Ford and Lincoln sport utility vehicles (SUVs) continues to be high in the first half of 2016, with combined sales of the Ford EcoSport, Kuga, Edge, Everest and Explorer and Lincoln MKC, MKX and Navigator surpassing 150,000 vehicles, a 27 percent increase over 2015.

The Ford Edge saw sales surpass the 50,000 mark during the first half. First half sales for the Ford Explorer increased nearly 50 percent over last year to 6,884.

Lincoln continues to see strong growth in China with 12,450 vehicles sold in the first half of 2016, an almost three-fold increase compared to last year. With this, the luxury brand already has exceeded last year’s full-year sales of 11,630.